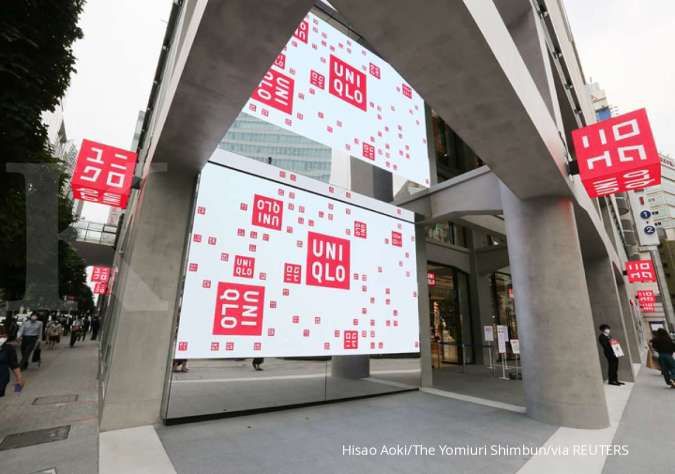 KONTAN.CO.ID - TOKYO. Japan's Fast Retailing, owner of casual fashion brand Uniqlo, forecast a stronger-than-expected 64% surge in operating profit in the year through next August, recovering from a slump in the previous year due to the global pandemic.

For the year just ended, it reported a 149 billion yen ($1.42 billion) operating profit, down 42% from a year earlier but beating the market's consensus forecast of 137 billion yen according to Refinitiv data.

The company's forecast for a 245 billion yen operating profit in the year ahead also beat the market's view for 235 billion yen.

Fast Retailing, along with other global apparel makers, has been hit hard by the coronavirus outbreak, which wreaked havoc on supply chains, kept shoppers home and dented spending.

However, the company has fared better than many rivals thanks to its ample cash and an emphasis on practical, casual wear.

Fast Retailing shares closed on Thursday at 70,420 yen, up 1% from Wednesday and up 70% from its lows hit in March.