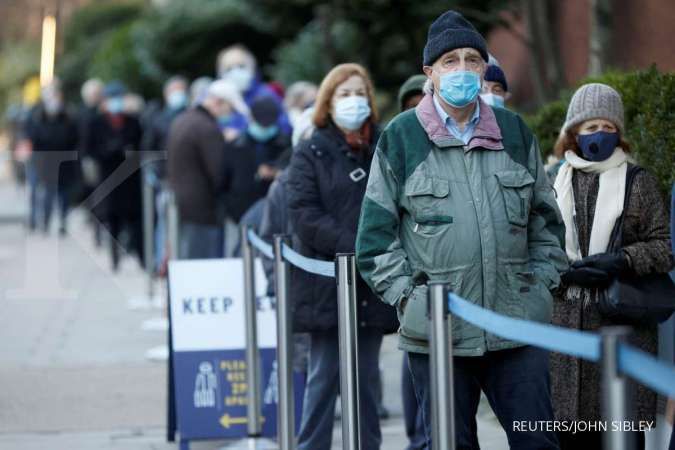 KONTAN.CO.ID - LONDON. British ministers, health workers and volunteers will join a weekend drive to encourage those in the most vulnerable groups to receive a Covid-19 vaccination, as the government nears its target of reaching 15 million people in top priority tiers.

Britain says it is on track to have offered an injection by Monday to everyone who is aged 70 and over, as well as those who are clinically vulnerable, frontline health and social care workers and older adults in care homes.

More than 14 million Britons have received the first dose of a Covid-19 vaccine so far, and uptake stands at around 90%.

Almost 30 government ministers will tour vaccination centres, from sports stadia to cathedrals, to spread the message of the importance of getting a shot amid concern that some groups, such as certain ethnic minorities, are not taking up the vaccine offer to the same extent as the rest of the population.

Britain, which has recorded more than 120,000 deaths from Covid-19, was the first Western country to begin mass vaccinations in December, seeing the shots as a route out of strict lockdowns which have caused the biggest crash in economic output in more than 300 years.

Prime Minister Boris Johnson is due to outline a route map out of the lockdown on Feb. 22, saying he hoped schools could reopen on March 8. Some newspapers reported on Saturday pubs and restaurants might be able to serve to customers outdoors from as early as April, and restrictions on social mixing easing by May.

Hancock also announced that innovative treatments for Covid would soon be fast-tracked through the UK’s clinical trial system, to make them available in months rather than years.