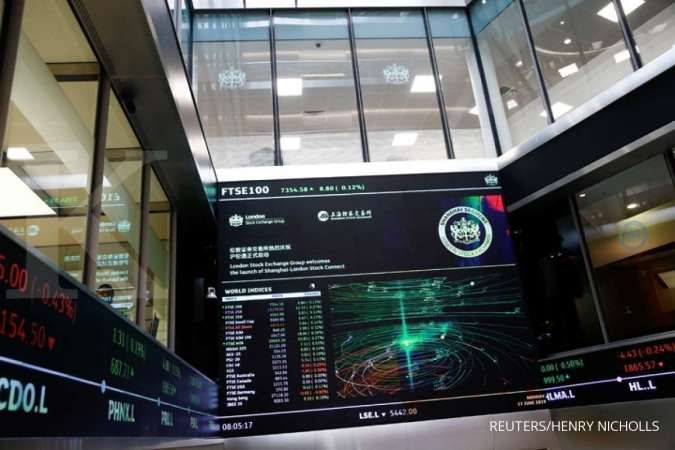 KONTAN.CO.ID - LONDON. A record $58.1 billion poured into global equity funds over the past week as investors pulled money out of cash funds and had a lighter exposure to bonds, BofA’s weekly fund flow data showed on Friday.

The rush to equities saw extreme positioning among the U.S. investment bank’s wealth management clients with 63.1% allocated to equities -- highest ever -- and 19.1% to debt -- lowest ever.

Baca Juga: Russia says it is ready to cut EU ties if hit with painful sanctions

The investment bank said a bulk of last week’s flows ended up in U.S. equities with $36.3 billion inflows, the best ever, with large-cap funds taking in $25.1 billion in the week to Wednesday.