Rescuers hunt for survivors after cyclone kills 119 in Indonesia 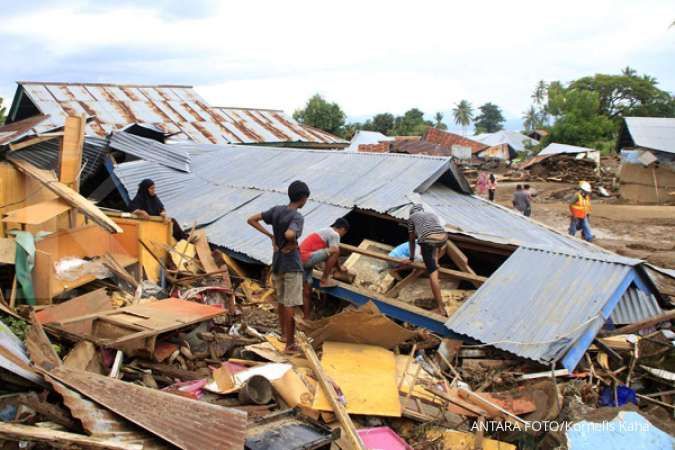 ILUSTRASI. Search and rescue personnel, however, had trouble transporting heavy equipment for use in the search

KONTAN.CO.ID - ​JAKARTA. Rescuers searched for dozens missing in the remote islands of southeast Indonesia on Tuesday, as reinforcements arrived to help in the aftermath of a tropical cyclone that killed at least 119 people.

Helicopters were deployed to aid the search, and ships carrying food, water, blankets and medicine reached ports previously blocked by high waves whipped up by tropical cyclone Seroja, which brought heavy rain and triggered deadly floods and landslides on Sunday.

"The rescue team is moving on the ground. The weather is good," BNPB spokesman Raditya Jati told a news briefing.

Search and rescue personnel, however, had trouble transporting heavy equipment for use in the search.

"Search for victims is constrained, the existing heavy equipment cannot be sent to their destination, especially in Adonara and Alor," the head of BNPB, Doni Monardo, said.

The Adonara and Alor islands were among the islands worst hit by the cyclone, with 62 and 21 people dead respectively.

The military and volunteers arrived on the islands on Tuesday and were setting up public kitchens, while medical workers were brought in.

Video taken by a local official in Tanjung Batu village on Lembata, home to the Ile Lewotolok volcano, showed felled trees and large rocks of cold lava that had crushed homes after being dislodged by the cyclone.

Thousands of people have been displaced, nearly 2,000 buildings including a hospital were impacted, and more than 100 homes heavily damaged by the cyclone.