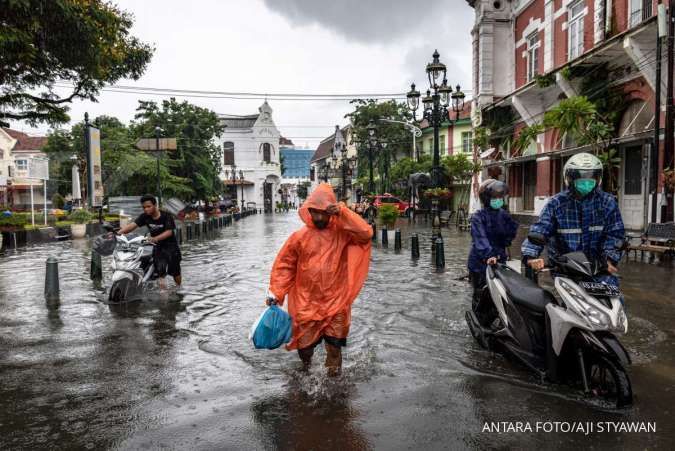 KONTAN.CO.ID - JAKARTA. Indonesia's weather agency has predicted a delayed arrival of the dry season this year with La Nina weather conditions seen lasting until May in most parts of the country, with a risk of extreme wet weather in some regions.

Some part of Sumatra, Java, Sulawesi islands, as well as Papua, should start seeing a transition into the dry season in May, while some regions on the island of Borneo may only see the dry season start in June, Indonesia's Meteorology and Geophysics agency (BMKG) said in a statement late on Thursday.

In April and May, during this transitional period, the agency warned that extreme rain and wind could occur.

Heavy rainfall has already caused flooding and deadly landslides in parts of Indonesia in recent months.

If high rain volume persists this year, it could also threaten the country's rice production, which typically enters the harvest season around April.

Meanwhile, BMKG said local authorities still should take measures against forest fire despite predicting the dry season this year will be less intense compared to 2015 and 2019, when the Southeast Asian country experienced massive forest fires that cost the economy billions of dollars.

"When entering the dry season, it is necessary to be aware of the potential for forest fires, especially in the Riau, Kalimantan and Papua regions because they will have an impact on flights due to haze," the BKMG statement said.