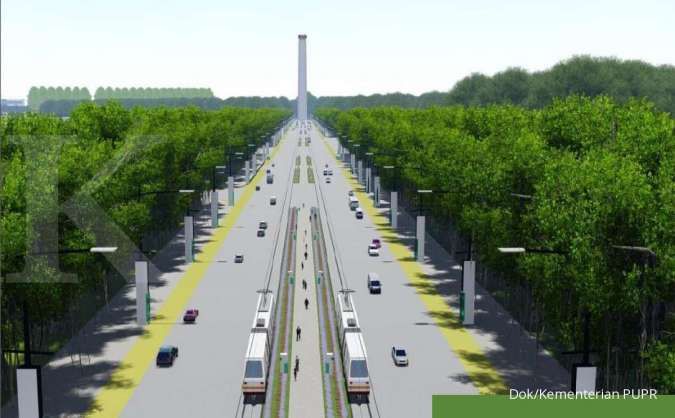 KONTAN.CO.ID - ​JAKARTA. Indonesia aims to kickstart President Joko Widodo's ambitious plan to relocate the capital city to the island of Borneo by offering property contracts to investors this year and starting construction work on a state palace, a minister told Reuters.

The $33 billion plan was put on the backburner last year due to the pandemic, but National Development Planning Minister Suharso Monoarfa said accelerating the project now should help a post-crisis recovery of Southeast Asia's biggest economy.

The plan is, however, contingent on the success of Indonesia's COVID-19 vaccination drive.

"If we can vaccinate one million people per day ... I think we have a strong reason to get on with the new capital city," Suharso said in an interview.

Indonesia aims to inoculate 70 million people by at least July, or about 39% of targeted vaccine recipients, in order to remove some restrictions and allow construction work to commence, he said. In the period from mid-January to Wednesday, authorities had fully vaccinated 2.7 million people.

The president, known as Jokowi, announced his plan to build a new capital in 2019, with civil servants due to move from congested and sinking Jakarta on Java island by the end of his term in 2024.

Suharso said debate on a bill to establish the legal basis for the project will start in parliament soon and preparations were being made for private sector contracts to build homes, offices, schools and hospitals in the as-yet unnamed city.

The tendered contracts, which could be in a build, lease, transfer form, would be "quite sizable" as the city would be home to at least 200,000 civil servants and their families, he said.

"Foreign investors can join, especially if they partner with domestic players," he said, adding that the government will focus on basic infrastructure and security-sensitive premises.

Japan's Softbank is among foreign companies that have previously been linked to the capital project, which the government has touted as a smart, green city.