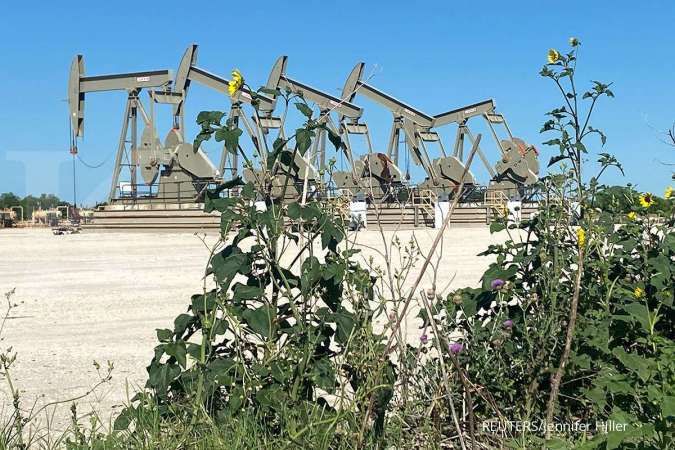 "Crude oil prices appear to be supported by a large draw in crude and gasoline inventories, according to API figures," said Margaret Yang, a strategist at Singapore-based DailyFX.

"The energy demand outlook is brightened by eased lockdown measures in parts of the U.S. and UK, which helped to offset concerns over lower demand from India and Japan. The upcoming summer driving season may further boost fuel demand and support oil prices."

Traders are awaiting data from the U.S. Energy Information Administration due at 10:30 a.m. EDT (1430 GMT) on Wednesday to see if official data shows such a large drawdown.

"If confirmed by the EIA, that would mark the largest weekly fall in the official data since late January," Commonwealth Bank analyst Vivek Dhar said in a note.

The rise in oil prices to nearly two-month highs has been supported by COVID-19 vaccine rollouts in the United States and Europe.

"The constant stream of reopening announcements in the U.S. and the anticipated rising consumption are supportive, as are indications from Europe and the UK that inbound tourism will soon reopen to vaccinated visitors," said Jeffrey Halley, senior Asia-Pacific market analyst for OANDA.

This has so far more than offset a drop in fuel demand in India, the world's third-largest oil consumer which is battling a surge in COVID-19 infections.

"However, if we were to eventually see a national lockdown imposed, this would likely hit sentiment," ING Economics analysts said of the situation in India.