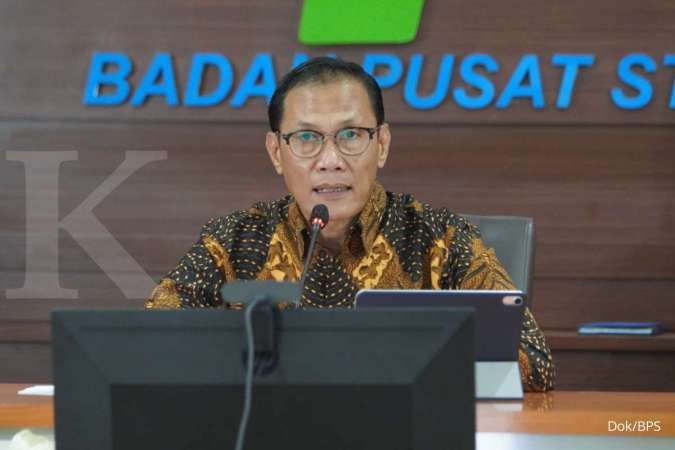 KONTAN.CO.ID - JAKARTA. Indonesia's economy shrank for the fourth straight quarter in January-March but at a much more modest pace as the government boosted spending and higher commodity prices helped exports, statistics bureau data showed on Wednesday.

Southeast Asia's largest economy contracted 0.74% in January-March from the same period a year earlier, compared with a 2.19% contraction in October-December.

Analysts polled by Reuters had forecast a 0.74% drop, while the country's planning minister had expected a fall of between 0.6% to 0.9%.

"This shows signs of economic recovery will become even more apparent. And of course, we hope that economic recovery in 2021 can come true," Suhariyanto, head of the statistics bureau, said in a streamed news conference.

On a quarterly, non-seasonally adjusted basis, the economy contracted 0.96%, compared with a drop of 0.42% in October-December and forecasts of a 1.04% decline.

Consumption, which makes up about half of the country's gross domestic product (GDP), continued to contract from a year earlier as consumers remained reluctant to shell out on big ticket items such as cars.

Meanwhile, government spending grew 2.96% growth in the period, Suhariyanto said, as it beefed up social spending.

Indonesia's economy suffered its first full-year GDP contraction in over two decades in 2020 as the COVID-19 pandemic and anti-virus restrictions battered businesses and left millions without jobs.

The government pumped 579.78 trillion rupiah ($40.18 billion) into the economy to help mitigate the impact of the coronavirus last year and had expanded recovery spending this year to 699.4 trillion rupiah from 403.9 trillion rupiah budgeted at the start of the year.

Indonesia has recorded the highest number of coronavirus infections and deaths in Southeast Asia. Cases have been declining since peaking in January, but the country reported this week it has detected its first cases of a highly infectious COVID-19 variant first detected in India.

Faisal Rachman, Bank Mandiri economist, said the economy is moving on the right track and is expected to improve further later in the second half of the year.

"Household consumption and fixed investment are expected to accelerate along with increasing demand boosted by vaccine-driven confidence and intensifying monetary loosening transmission due to higher credit cycle," he said.

The central bank has cut key interest rates by a total of 150 basis points, pumped over $50 billion of liquidity into the financial system and eased lending rules since the pandemic started to help cushion the impact of the outbreak.