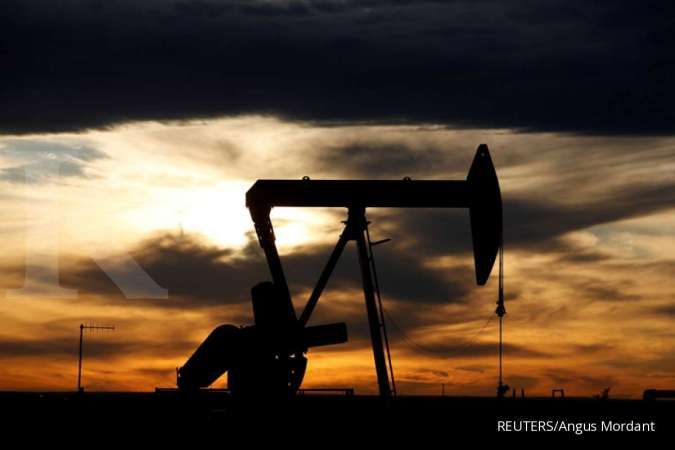 KONTAN.CO.ID - LONDON. Oil prices fell for a second day and were on track for a second weekly fall after U.S. stock markets tumbled and U.S. stockpiles rose unexpectedly.

Both benchmarks were 6% down for the week.

"Financial markets are continuing to set the tone, including on the oil market. The renewed slide on U.S. stock markets dragged oil prices down with it," Commerzbank analyst Eugen Weinberg said.

Also dampening the market mood, the U.S. Senate killed a Republican bill that would have provided around $300 billion in new coronavirus aid.

Fears about an oversupply also added to the general feeling of uncertainty, Weinberg said.

In the United States, stockpiles rose last week, against expectations, as refineries slowly returned to operations after production sites were shut down due to storms in the Gulf of Mexico and the wider region.

In a further bearish sign, traders were starting to book tankers again to store crude oil and diesel, amid a stalled economic recovery as the COVID-19 pandemic continues.

Increasing stockpiles are likely to be a subject at a meeting on Sept. 17 of the market monitoring panel of the Organization of the Petroleum Exporting Countries (OPEC) and allies including Russia.

The group known as OPEC+ has been withholding supply to reduce stockpiles, but analysts say the meeting is likely to focus on compliance among members, rather than seek deeper cuts.