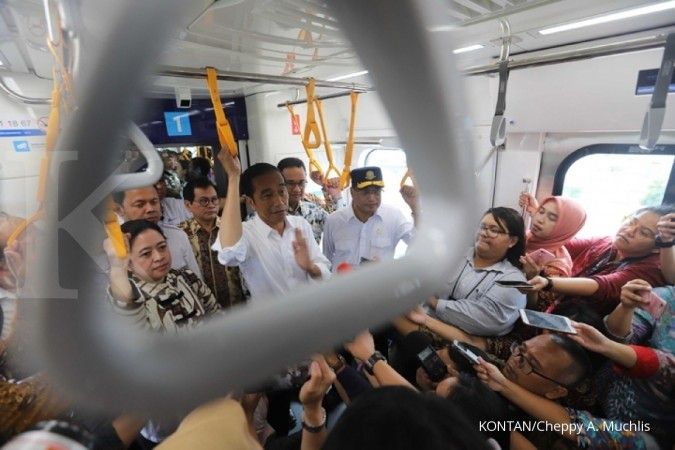 KONTAN.CO.ID - JAKARTA. President Joko “Jokowi” Widodo has said the central government approved infrastructure projects worth Rp 571 trillion (US$40.12 billion) in Jakarta and its satellite cities – Depok, Tangerang and Bekasi – after they were proposed by Jakarta Governor Anies Baswedan.

“We have made the decision that, within the next 10 years, we will complete projects with a total investment value of Rp 571 trillion,” Jokowi said in Jakarta on Tuesday. The decision was made during a limited Cabinet meeting at the Presidential Office.

Jokowi explained that the projects would improve public transportation in Greater Jakarta.

He also said the region's local governments agreed to establish a new institution tasked with accelerating the construction of public transportation infrastructure.

Meanwhile, Anies said the planned projects would also include the long overdue expansion of the clean water pipeline to improve the quality of tap water and expand services.

He said the central and local governments would jointly seek financing that is not solely dependent on regional and state budgets.

Speaking after a meeting with Vice President Jusuf Kalla on Tuesday, Anies said the projects would be implemented over the next 10 years.

According to the Jakarta administration, the city will have 223 kilometers of MRT tracks, 116 km of light rapid transit (LRT) tracks and a bus rapid transit (BRT) network that covers 2,149 km.

In addition, the city also set a target to provide tap water services to all Jakarta residents, develop waste treatment facilities and construct some 600,000 residences. “These are the examples of the projects that we will develop,” Anies said.