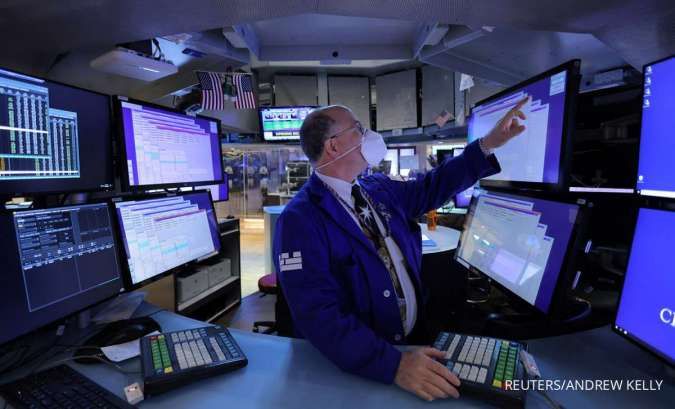 KONTAN.CO.ID - NEW YORK. Some of Wall Street's biggest banks now expect four U.S. interest increases this year starting in March, a more aggressive call than a week ago even as the situation remains fluid given the possibility that the supply shock to the economy could ease and consumer prices could stabilize.

Goldman Sachs, J.P.Morgan, and Deutsche Bank all issued research notes forecasting that the Federal Reserve will tighten monetary policy at least four times in 2022, more than a broad consensus from as recently as late December for three hikes.

Goldman also sees the Fed starting the process of reducing its more than $8 trillion balance sheet, or so-called "quantitative tightening" (QT) as soon as July.

J.P.Morgan CEO Jamie Dimon told CNBC on Monday, meanwhile, he "would be surprised if it's just four increases this year," adding that those four hikes "would be very easy for the economy to absorb."

In predicting the four rate increases, Deutsche, in a research note on Friday, said the U.S. economy showed more progress toward maximum employment. The German bank expects the Fed's balance sheet run-off to begin in the third quarter.

Some investors believe, however, that U.S. inflation may be nearing its peak.

"We are already seeing supply chain kinks ease, and all other things being equal even without the rate hikes, we are seeing inflation rolling over probably later this quarter," said Jack Ablin, chief investment officer at Cresset Capital Management in Chicago.

"We will still see probably white-knuckle numbers this week. This is about where we are expecting inflation to peak. What will happen is the natural cycle is going to help the Fed and whether they do three rate hikes or two this year, we just don't see inflation running that hot for that long."

U.S. manufacturing activity cooled in December amid slowing demand for goods, with supply constraints starting to ease and a measure of prices paid for inputs by factories falling by the most in a decade.

"The inflation data will remain elevated but there are indications that make it seem as if everything is somewhat peaking, even on the wage inflation side," said Jim Barnes, director of fixed income at Bryn Mawr Trust in Berwyn, Pennsylvania.

"The problem is we are not going to be able to confirm that for another month until we start getting some additional data that is a little more down the road."

Since the release last week of the Fed minutes of its December policy meeting, the markets have priced the terminal rate, or the peak of the hiking cycle, at 1.8%, according to eurodollar futures' view of U.S. rates in three years from the first expected hike in March, higher from about 1.4% a month ago.

That rate was still well below the Fed's U.S. central bank's view of 2.5%, and lower still than the revised core inflation estimate of 2.6% next year.