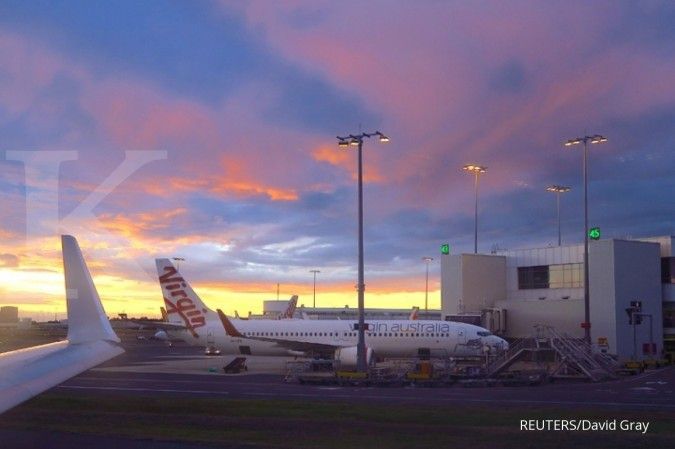 KONTAN.CO.ID - SINGAPORE. Virgin Australia Holdings said on Tuesday it would delay taking the first deliveries of Boeing Co 737 MAX jets for nearly two years to reduce capital spending and give it time to be satisfied with the model's safety.

New chief executive Paul Scurrah, who started his role five weeks ago, said the agreement with Boeing to delay the planned arrival of around 15 planes would give the carrier greater spending flexibility and could boost its credit rating.

"It was certainly the first priority I walked into the business with when I got here," he told Reuters of the order delay in a phone interview.

The airline expects to save around A$1 billion ($705 million) over three financial years by deferring the purchases, according to a person familiar with the matter.

Scurrah declined to comment on the estimate or on whether the savings would be used for other investments.

The move comes as other 737 MAX customers, including Norwegian Air Shuttle ASA and Indonesia's Lion Air, have also delayed deliveries in the wake of a global grounding of the plane following fatal crashes in Indonesia and Ethiopia.

Virgin had planned to take its first Boeing 737 MAX 8 in November, making Australia's no. 2 airline the first operator of the model in the country.

Scurrah said the airline would not introduce any new 737 MAX aircraft to its fleet until it was completely satisfied with its safety.

"We are confident in the assurances that (Boeing) have given us around their commitment to safely return the MAX to service," he said. "As a long term partner we are looking to work with them through that process."

Scurrah said the higher capacity and longer range of the 737 MAX 10 would give the airline additional route flexibility. Virgin plans to extend some leases on older 737s and keep some planes it owned longer in the meantime, he said.