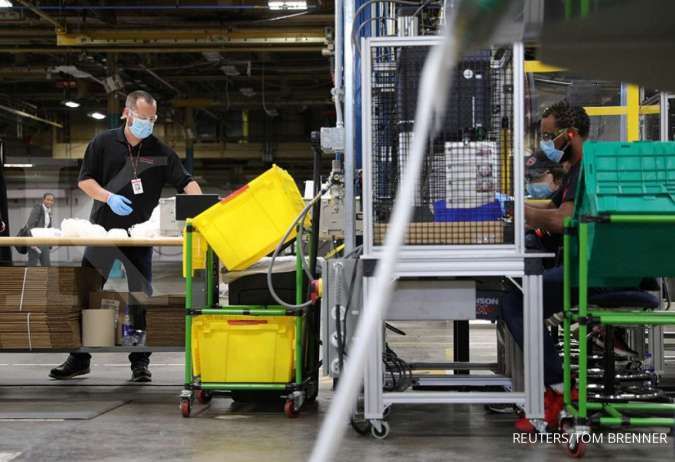 ILUSTRASI. Unemployment is seen as the biggest worry over the next 10 years for business executives around the world. REUTERS/Tom Brenner

KONTAN.CO.ID - LONDON. Unemployment is seen as the biggest worry over the next 10 years for business executives around the world, closely followed by concern about the spread of infectious diseases, according to a survey by the World Economic Forum.

Unemployment rates have rocketed due to lockdowns and other restrictions to combat the coronavirus pandemic, with fears of worse to come in countries which have furloughed workers.

“As we emerge from the crisis, leaders have a remarkable opportunity to create new jobs, support living wages, and reimagine social safety nets to adequately meet the challenges in the labour markets of tomorrow.”

The Regional Risks for Doing Business survey, which surveyed 12,012 business leaders from 127 countries, makes up part of the WEF’s global competitiveness report, to be published next month.

The study surveyed respondents’ views of 30 risks in total. Worries about the spread of infectious diseases have also come to the fore, rising 28 places from last year’s survey.

The survey has been released ahead of WEF's first Jobs Reset summit later this month. It was published by WEF together with Marsh & McLennan MMC.N, SK Group and Zurich Insurance ZURN.S.