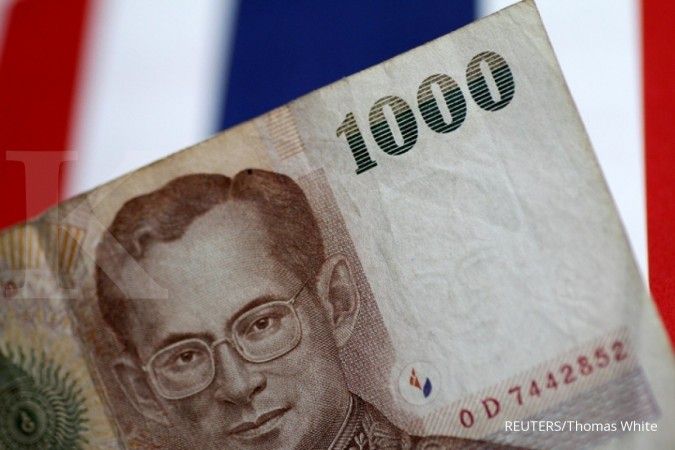 KONTAN.CO.ID - BANGKOK. Thailand's central bank left its key interest rate unchanged at a record low for a fourth straight meeting on Wednesday, saying the coronavirus-hit economy had improved but that the recovery remained fragile.

The Bank of Thailand's Monetary Policy Committee (MPC) voted unanimously to keep the one-day repurchase rate steady at a record low of 0.50%, as expected by all 15 economists in a Reuters poll.

"The Committee assessed that despite the recent better-than-expected outturn, the Thai economy would recover slowly and need support from the continued low policy rate," the MPC said in a statement.

"Nonetheless, the economic recovery would remain fragile and highly uncertain."

Limited policy room should be preserved in order to act at the most appropriate and effective time, according to the statement.

But a continued ban on foreign tourists, a strong baht and escalating political protests are expected to weigh on the tourism-reliant economy and consumption this year.

The BOT has cut the key rate by 75 basis points this year and provided soft loans and debt relief programmes to support an economy dependent on exports and tourism. The government has planned to borrow 1 trillion baht ($33 billion) to mitigate the coronavirus impact.

With limited policy room left, most analysts expect the BOT to stay on hold throughout 2021.

The BOT reiterated the rapid rise in the baht could affect the economic recovery and said that it would consider additional measures as needed. It has said it has no baht level targets and will intervene only to smooth out any excessive moves in the currency.

The BOT will hold a briefing on the baht situation and measures on Friday, Assistant Governor Titanun Mallikamas told a briefing.

The BOT has said it expects the economy to contract by a record 7.8% this year. It shrank 6.4% in the third quarter from a year ago after a 12.1% contraction in the April-June period.