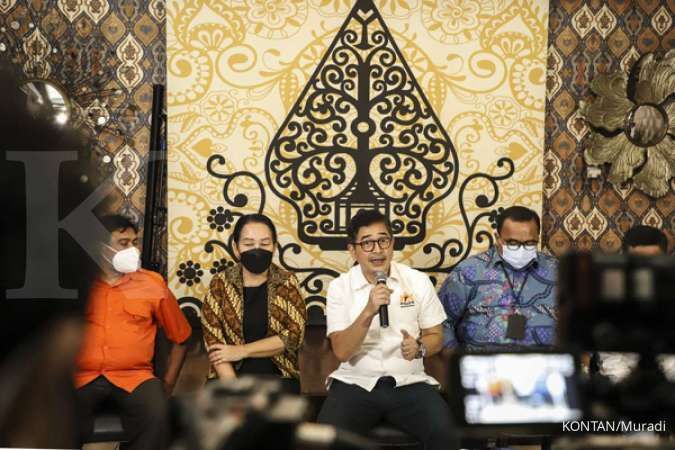 One of the largest automotive in the world restated its interests for making investment in Indonesia after it cancelled the plan two years ago.

The Head of KADIN, Arsjad Rasjid, disclosed, Indonesia currently has become one of investment destination country. For two latest years, or when the Covid-19 pandemic spread, the investment flow into Indonesia remained raising.

“The chance for reaching that expectation number is possible, moreover there are two potential moments for Indonesia, whereas Indonesia becomes the G20 Presidency and Business 20 (B20). Indonesia is the only country of the South Asia Tenggara region that is capable to be the host of G20 and B20. So, this opportunity won’t be skipped for attracting investment in all fields,” Arsjad clarified on Monday (30/3/2022).

KADIN that has been appointed as the organizer for B20 will lead the forum. The priority of B20 is also in line with the priority theme of G20, namely the progress of innovation, inclusion, and collaborative growth.

Arsjad also said, the B20 forum will especially create Indonesia in having a chance to reach a trust from global communities and to raise an investment center in South East Asia region.

B20 is the most strategic event and dialogue forum because it brings together the G20 countries of the premium companies that own high credibility, so that they are capable to create investment in Indonesia. The investments which are mainly supported are based on innovation and collaboration for reaching the inclusive and sustainable economy growth.

Last year, some companies had announced based investment in Indonesia. For example, the consortium investment of Hyundai Motor Company-LG Energy Solution worth USD1.1 billion which is aimed to create the electric vehicle ecosystem.

This investment has even started by the building of the electric vehicle battery in Karawang, West Java. In this segment, the Indonesian government has also received an investing commitment from Hon Hai Precision Industry (Foxconn).

Likewise in the coal sector. On November 2021, the Investment Minister of the Republic of Indonesia, Bahlil Lahadalia, had succeeded to lock investing commitment of USD15 billion from Air Products and Chemical Inc. of United Arab Emirates.

This megaproject investment agreement is a form of the estabilishment of gasification facilities for a low rank coal conversion to produce value added chemical products, such methanol, dimethyl ether, and other chemical materials.

Then, through its affiliated company PT HM Sampoerna Tbk, Philip Morris International in November 2021 also disbursed fund of USD166.1 million for investment in constructing facilities to produce heated tobacco. This investment is also based innovation and research.

The production facilities that is scheduled for operation in the fourth quarter of 2022 will meet demand of the domestic market and to Asia Pacific export.

“KADIN views the economy digitalization has an important and strategic role in the future. Thus, Indonesia needs to prepare itself more aggressively. Moreover, there are many challenge that will be faced, such as technology matters, human resources, up to its regulation. Therefore, Indonesia needs to open a public-private partnership and create a condusive situation for investors and it owns capabilities to give a large impact to reach a realization of the Indonesia mission of Emas 2045,” Arsjad explained.

The Economist of Center of Reform on Economics (CORE) Indonesia, Yusuf Rendy, agreed the innovation-based investment is one priority that has to raise in the G20 and B20 in Indonesia in 2022.

Some global corporations that since last year have commited to make investment in the downstream sector that owns intensive of innovation has become an important evidence in focusing into this kind investment.

“The innovation-based investment is important since it’s capable to accelerate the economy growth. We need to support this matter for making collaboration and research, for example between the government and private,” said Yusuf.

The downstream sector of industry is the main focus for the government in reaching investment, because it owns a large multiplier effect. Not only creating a new job, this investment also accelerates creation and the implementation of innovation and new technology that is capable to support a creation of sustainable and inclusive economy.