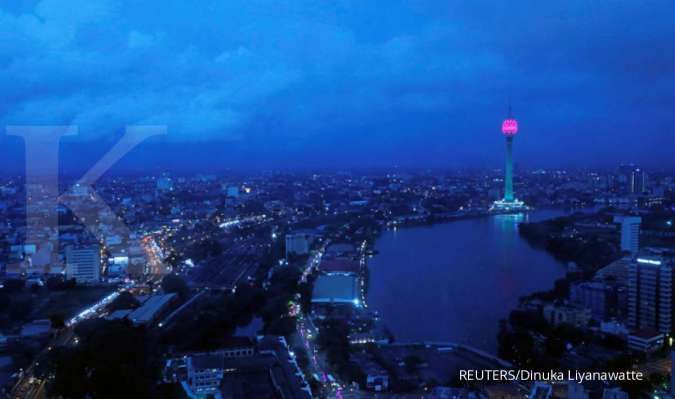 ILUSTRASI. The Lotus Tower, the tallest tower in South Asia in shape of a 356-meter lotus and built with Chinese funding, is seen during its launching ceremony in Colombo, Sri Lanka.

KONTAN.CO.ID - COLOMBO. Sri Lanka said on Saturday it has agreed that the Chinese survey vessel Yuan Wang 5 can dock at its southernmost port, the Chinese-run Hambantota on August 16, despite security concerns raised by neighbouring India and the United States.

Both China and India have tried to expand their influence in Sri Lanka, which is facing its worst economic crisis in its post-independence history.

India has provided more help to Sri Lanka this year than any other nation. But it fears its bigger and more powerful rival China will use the Hambantota port near the main Asia-Europe shipping route as a military base.

Sri Lanka formally handed over commercial activities at the port to a Chinese company in 2017 on a 99-year lease after struggling to repay its debt.

The Pentagon says Yuan Wang ships are operated by the Strategic Support Force of the People's Liberation Army.

Read Also: Ukraine in Default According to Fitch and S&P

On Friday, India rejected claims that it has put pressure on Sri Lanka to turn the vessel away.

"We reject categorically the 'insinuation' and such statement about India. Sri Lanka is a sovereign country and makes its own independent decisions," Arindam Bagchi, a foreign ministry spokesman, said.