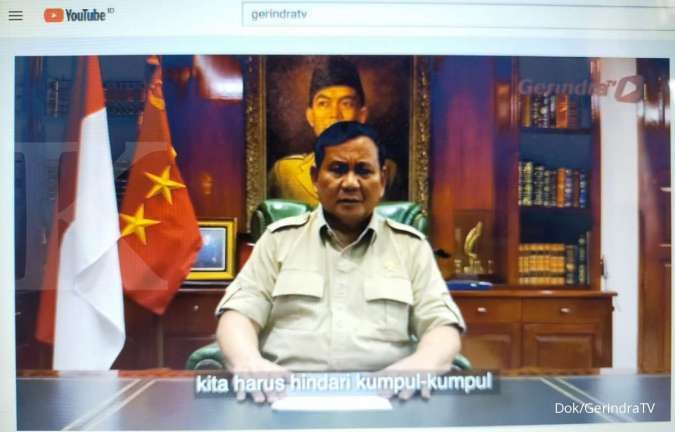 At the national leadership meeting of his Gerindra party, Prabowo, one of Indonesia's most divisive politicians, said he would make a third bid for the top job after receiving widespread support from party members.

Baca Juga: Ukraine in Default According to Fitch and S&P

"I hereby declare with full responsibility, I accept your request to be nominated as the presidential candidate for the Republic of Indonesia," he told thousands of party members who clapped and chanted his name.

Prabowo, the ex son-in-law of late strongman ruler Suharto, was a rising star in the military until his dismissal from service in the late 1990s amid allegations of rights violations related to the kidnapping of student activists. The allegations were never proven and Prabowo has always denied involvement.

In the middle of his acceptance speech, Prabowo played a film clip that he said was about colonial times, including graphic scenes of executions of Indonesians. He said he wanted to remind party members that he would fight for the ideals of Indonesia's national founders.

With incumbent President Joko "Jokowi" Widodo constitutionally barred from seeking a third term, speculation is already rife about who might next lead Southeast Asia's largest economy.

Polling in recent months has shown that Prabowo, 70, is among the top three potential candidates, alongside Central Java Governor Ganjar Pranowo, and governor of the capital Jakarta, Anies Baswedan.

Some commentators have suggested that after losing to Jokowi in both the 2014 and 2019 elections, Prabowo should step aside.

An editorial published in Tempo magazine urged him to be done with his "unrelenting aspiration to become president" and said his habit of contesting past election results was a "terrible example of democracy".

Gerindra's two-day meeting held from Aug. 12-13 is also expected to see the announcement of a political alliance with the Islam-based National Awakening Party (PKB).