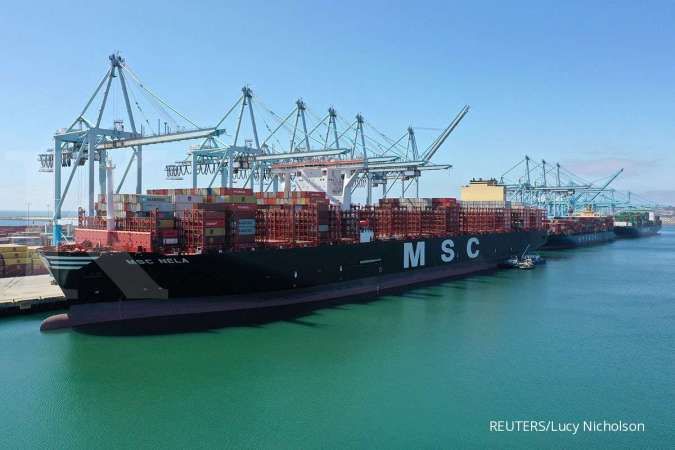 ILUSTRASI. Import prices fell by a more-than-expected 1.4% last month after rising 0.3% in June.

KONTAN.CO.ID - WASHINGTON. U.S. import prices posted their first decline in seven months in July, helped by a strong U.S. dollar and on lower costs for both fuel and nonfuel products in another sign that inflation may have peaked.

Import prices fell by a more-than-expected 1.4% last month after rising 0.3% in June, the Labor Department said on Friday. It was the largest monthly drop since April 2020. In the 12 months through July, import prices increased 8.8% after rising 10.7% in June, the fourth straight month the annual rate has fallen.

Economists polled by Reuters had forecast import prices, which exclude tariffs, would decline 1.0% from June.

The report follows other tentative indications earlier this week that inflation has peaked, with U.S. consumer prices unchanged in July due to a sharp drop in the cost of gasoline, after advancing 1.3% in June, although underlying price pressures remained elevated. Producer prices also declined last month on the back of lower energy costs.

The Federal Reserve is mulling whether to raise its benchmark overnight lending rate by another 50 or 75 basis points at its next policy meeting on Sept. 20-21, as the U.S. central bank battles to cool demand across the economy and bring inflation back down to its 2% goal. The Fed has raised its policy rate by 225 basis points since March.

The dollar has gained around 10% against the currencies of the United States' main trade partners since the beginning of the year.

The report also showed export prices fell 3.3% in July after accelerating 0.7% in June. Prices for agricultural exports declined 3.0%, with the fall led by lower prices for soybeans, wheat and cotton.