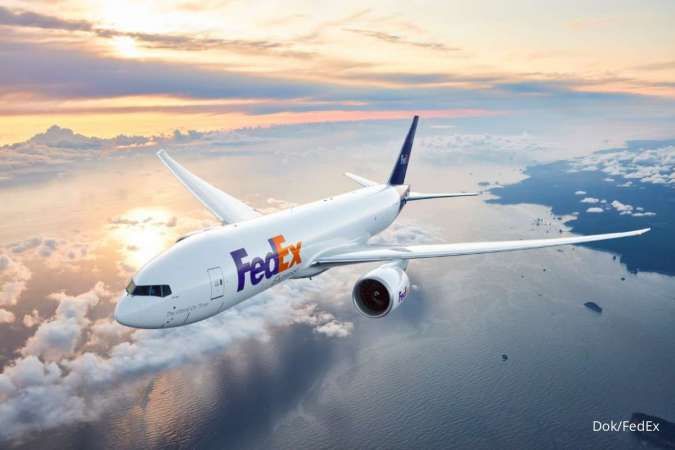 ILUSTRASI. FedEx withdrew its financial forecast and added to worries about a slowing global economy.

KONTAN.CO.ID - NEW YORK. S&P 500 futures fell on Thursday, suggesting traders expect Wall Street to open down in its next session, after FedEx withdrew its financial forecast and added to worries about a slowing global economy.

FedEx tumbled 16% late in the day after the company said its fiscal first-quarter results were hit by global volume softness and it withdrew its financial forecast, saying it expected further deterioration of business conditions.

That warning hit shares of other delivery companies, as well as retailers. United Parcel Service dropped 5.7% in extended trading, while Amazon fell 1.8 and Target dipped nearly 2%.

Thursday's late-day broadside to investor sentiment comes at a sensitive time for Wall Street. During the regular trading session, the S&P 500 dropped 1.1% as a raft of economic data failed to alter the expected course of aggressive tightening by the Federal Reserve amid growing warnings of global recession.

Jeffrey Gundlach, the chief executive officer of DoubleLine Capital, said he expects a recession in 2023, and that the Federal Reserve would likely be too aggressive in its interest rate hike campaign aimed at bringing decades-high inflation under control.

"It looks like we're getting to the front of a recession," Gundlach said during an investor conference call. "The odds of 2023 are high."

Mixed economic data has many investors expecting another 75 basis-point interest rate hike from the Fed at the conclusion of next week's monetary policy meeting.

After falling about 4% so far this week, the S&P 500 remains 6% above its closing low in June, a level some investors had bet would be the lowpoint in this year's stock market downturn.