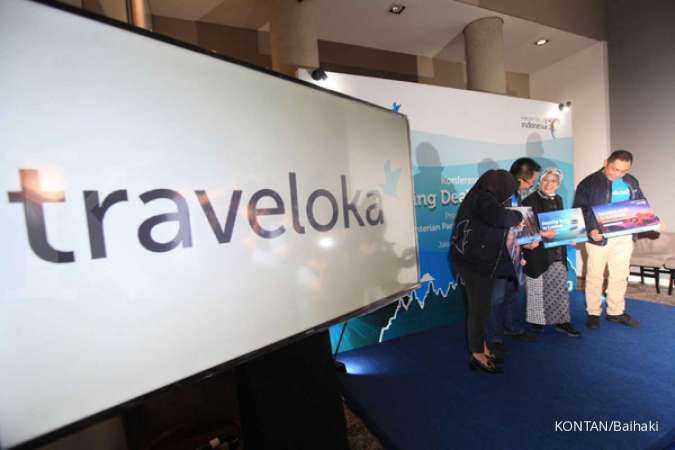 KONTAN.CO.ID - SINGAPORE. Traveloka, Southeast Asia’s largest online travel app, announced on Tuesday it had raised $250 million to help bolster its operations amid the coronavirus crisis, and as domestic travel starts to pick up in the region of 650 million people.

The eight-year-old startup said its funding round was led by a "global financial institution" and included existing investors, such as early backer East Ventures.

Traveloka, which claims more than 60 million downloads, has been battered by the virus outbreak, as Southeast Asian countries shut borders and imposed strict lockdowns, throttling a previously booming tourism industry.

The startup cut jobs, with one of its affiliates, Indonesian hotel aggregator Airy Rooms, shutting down.

But as domestic travel restrictions start to ease in the region, the Jakarta-based firm's chief executive said it "was seeing an encouraging recovery across its key markets" due to a resurgence in travel and activity bookings by local holiday-makers.

"Our business in Vietnam has returned to 100% pre-COVID-19 level and Thailand has surpassed 50% pre-COVID-level," Traveloka co-founder & CEO Ferry Unardi said in a statement.

He noted that both Indonesia and Malaysia were also seeing "strong week-to-week improvement".

The Indonesian resort of Bali plans to re-open to local tourists this week and to international travellers on September 11. According to Unardi, Traveloka will use the new funding to bolster its balance sheets and boost its domestic travel offerings as well as its financial offerings.

A source with knowledge of the matter told Reuters that the lead investor on the round was the Qatar Investment Authority (QIA), Qatar's state-owned holding company.

A spokeswoman for Traveloka declined to comment on whether QIA had joined the deal or on Traveloka's valuation.

QIA did not immediately respond to requests for comment.