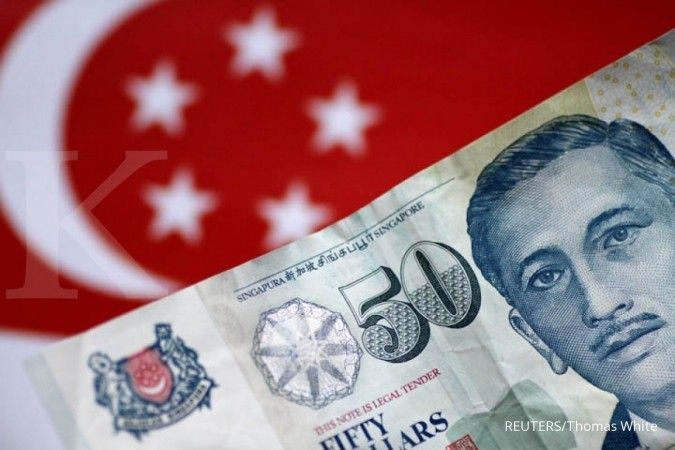 KONTAN.CO.ID - SINGAPORE. Singapore's central bank left its monetary policy unchanged on Wednesday and said its accommodative stance will remain appropriate for some time as the city-state's economy emerges from its coronavirus slump.

The Monetary Authority of Singapore (MAS) manages policy through exchange rate settings, rather than interest rates, letting the Singapore dollar rise or fall against the currencies of its main trading partners within an undisclosed band.

"As core inflation is expected to stay low, MAS assesses that an accommodative policy stance will remain appropriate for some time," MAS said in its semi-annual policy statement.

Singapore, whose small and open economy has been hit hard by the COVID-19 pandemic, kept its expectations for full-year gross domestic product (GDP) to shrink 5%-7%.

GDP fell 7% in July-September on a year-on-year basis, compared with a revised 13.3% contraction in the second quarter, preliminary data showed on Wednesday. Economists polled by Reuters had expected a decline of 6.8%.

"Given such volatility previously, the GDP number is not too bad compared to expectations," said Jeff Ng, senior treasury strategist at HL Bank. "Inflation is expected to gradually recover by 2021 and that is going to anchor expectations that MAS will keep policy setting unchanged in 2021."

Singapore's main price gauge contracted for the seventh consecutive month in August, with prices falling 0.3% from a year earlier.

The country has spent about S$100 billion, or 20% of its GDP, in virus-related relief to support households and businesses as it battles its worst-ever slowdown.

The central bank said sequential growth in the Singapore economy is expected to slow in the final quarter of this year and remain modest in 2021, amid cautious external demand and restrictions on crossborder travel.

"We are still quite a distance away from the pre-COVID levels in terms of activity," said Brian Tan，regional economist at Barclays.

The country has been gradually lifting some of its lockdown measures to reopen its economy in recent months and signalled it wants to slowly resume tourism and travel.