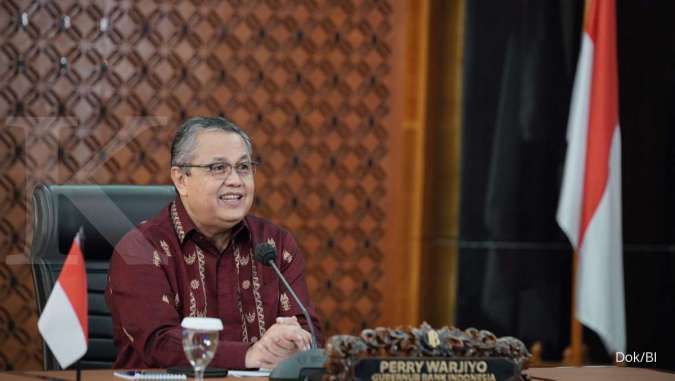 KONTAN.CO.ID - JAKARTA. Indonesia's central bank kept interest rates steady on Tuesday, holding fire for a third straight meeting to avoid adding pressure to a falling rupiah but reiterated its pledge to use quantitative easing measures to support the economy.

Bank Indonesia (BI) kept the 7-day reverse repurchase rate at 4.00%, as expected in a Reuters poll, after delivering 100 basis points of rate cuts so far this year.

Southeast Asia's largest economy is headed for its first recession in over two decades with the coronavirus outbreak still raging in the country with the largest COVID-19 death toll in the region.

"We see that (quantitative easing measures) are more effective to support the national economy," Governor Perry Warjiyo said in a streamed news briefing, underlining that BI has injected 667.6 trillion rupiah ($45.45 billion) of fresh liquidity to fight the pandemic's impact.

It has made direct purchases of government bonds to fund President Joko Widodo's relief programmes and is expected to remain a standby buyer in the local-currency sovereign bond market in 2021.

Governor Perry Warjiyo said during the briefing an increase in government spending, including for infrastructure projects, and improvement in exports should prop up the economy, even when private consumption remained weak.

The rupiah barely changed after the decision, while the main stock index rose slightly. The rupiah has fallen 5.4% this year, making it the worst performing emerging currency in Asia so far in 2020.