Russian Tourists in Indonesia Without Cash as Sanctions Bite 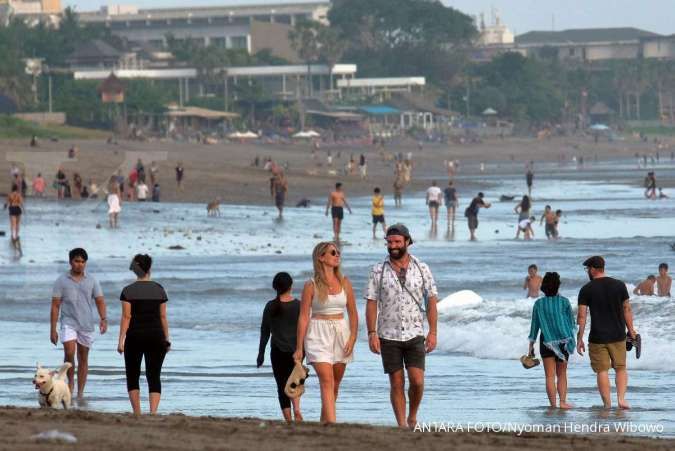 ILUSTRASI. Unprecedented sanctions against Russia's banks over its invasion of Ukraine are taking a toll on its citizens overseas. ANTARA FOTO/Nyoman Hendra Wibowo/aww.

KONTAN.CO.ID - KUTA. When Russian tourist Konstantin Ivanov tried to withdraw money from his home bank account at a cash machine on the Indonesian resort island of Bali, the transaction was blocked.

Unprecedented sanctions against Russia's banks over its invasion of Ukraine are taking a toll on its citizens overseas, who have been left scrambling to find cash or turn to crypto transactions to get by.

"This has created a huge problem for us. We have been left completely stripped of our finances - it's like they have been completely frozen and we cannot use them at all over here," said Ivanov, 27, adding that he might have to look for a job in Indonesia.

Bali is a popular holiday destination with Russian tourists, who flocked to the island by the tens of thousands before the pandemic and were among the first to return when borders partially reopened last year.

About 1,150 Russians entered Indonesia in January 2022, according to data from the statistics bureau.

Rifki Saldi Yanto, the manager of a local cafe, said he had noticed a decline in Russian customers in recent days and many now pay with cash instead of credit card.

Russia's embassy in Jakarta said it was providing information and assistance to any citizen who faced problems.

"It's free of charge and people may open it wherever they are," he said in a text message.

Meanwhile more than 7,000 Russians were stranded in Thailand, another popular beach destination because of flight cancellations, a rouble currency in free-fall and payment issues.

Russia's economy is facing its gravest crisis since the 1991 fall of the Soviet Union, after western countries moved in recent days to isolate it from the global financial system. International payments system SWIFT has disconnected several Russian banks from its network, while Visa and Mastercard said they were blocking overseas use of their cards issued by Russian banks from March 9.