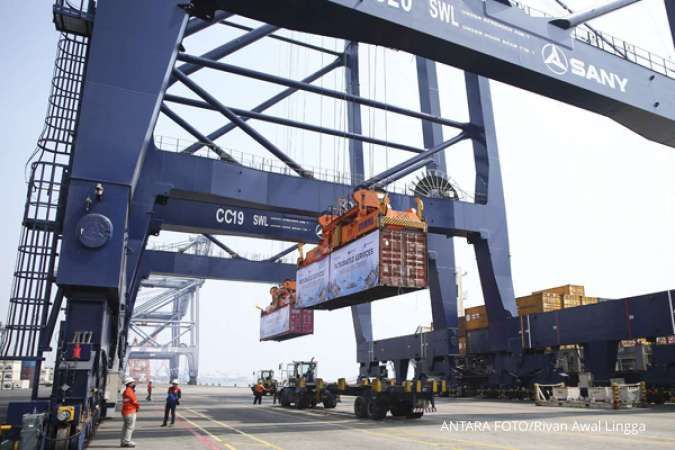 With rising global commodity prices, the resource-rich country has been enjoying an export boom. Its trade surplus in 2022's first half was the highest on record at $24.89 billion, more than double that of the same period in 2021.

On a quarter-on-quarter basis, the economy was predicted to have risen 3.44% last quarter from the previous three-month period, which saw a contraction of 0.96%, according to a smaller sample of 10 economists.

"Windfall tax revenue from high commodity prices continued to support government spending. However, almost a month-long palm oil export ban in May will likely cause exports growth to contract sequentially."

Inflation has been of little concern to Indonesia's central bank so far, despite rising to a 7-year high in July.

Bank Indonesia Governor Perry Warjiyo said on Monday core inflation was below the Bank's 2.99% forecast and that policy would be determined by the core inflation rate and economic growth.

"We believe that BI will hike its key benchmark rate this quarter as core inflation has been increasing persistently since October 2021," noted Irman Faiz of Bank Danamon.

"The rate hike would help slow down the coming inflation pressure and help stabilize IDR (the Indonesian Rupiah) without harming the growth recovery."