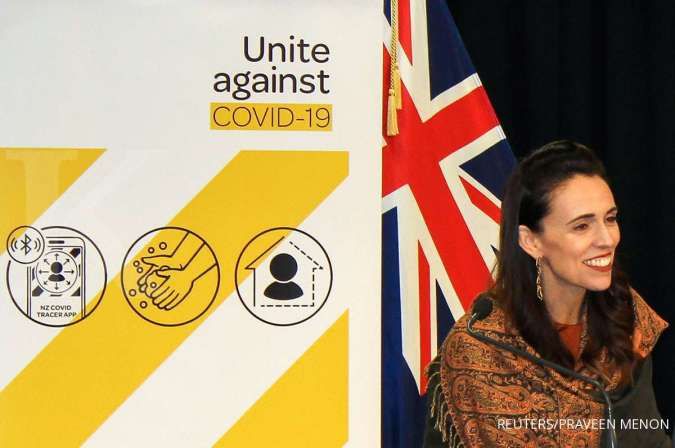 KONTAN.CO.ID - WELLINGTON/SYDNEY. New Zealand will allow quarantine-free visits by Australians from April 19, Prime Minister Jacinda Ardern said on Tuesday, creating a "travel bubble" for the neighbouring nations which have closed borders to the rest of the world to eradicate COVID-19.

Though most Australian states have allowed quarantine-free visits from New Zealanders for months, New Zealand has continued mandatory quarantine from its neighbour, citing concern about small COVID-19 outbreaks there.

The virus has effectively been eradicated in both countries, with minor outbreaks a result of leakage from quarantined returned travellers.

"The Trans-Tasman travel bubble represents a start of a new chapter in our COVID response and recovery, one that people have worked so hard at," Ardern told reporters in the New Zealand capital Wellington.

"That makes New Zealand and Australia relatively unique. I know family, friends and significant parts of our economy will welcome it, as I know I certainly do."

Some other neighbouring countries have outlined plans for special travel zones, but the New Zealand-Australia arrangement is among the first that does not involve COVID-19 testing.

About 568,000 New Zealand-born people live in Australia, according to 2018 figures, equivalent to 2.3 per cent of the Australian population and Australia's fourth-largest migrant community.

Flights to and from some Australian states could still be suspended if there were local outbreaks, Ardern warned.

Australia has recorded about 29,400 COVID-19 cases and 909 deaths since the pandemic began, while New Zealand has had just over 2,100 confirmed cases and 26 deaths.