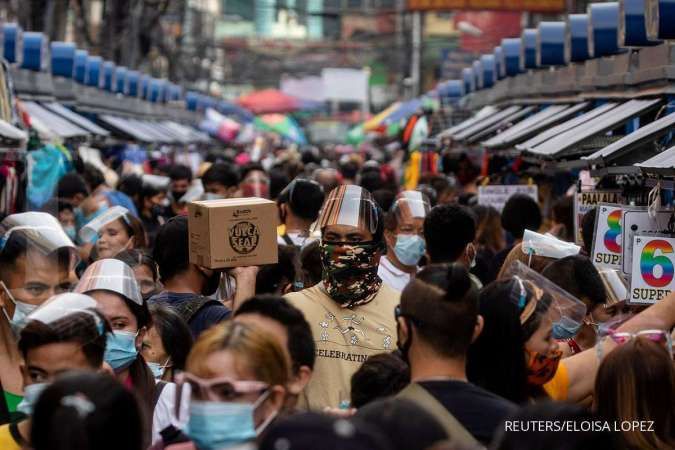 KONTAN.CO.ID - MANILA. Philippine President Rodrigo Duterte has extended partial coronavirus curbs in the capital until the end of March, as the country awaits the arrival of vaccines, the presidential spokesman said on Saturday.

With southeast Asia’s second-highest tally of infections and deaths, the Philippines has suffered lengthy, strict lockdowns in Manila and provinces, hitting an economy that was among Asia’s fastest growing before the pandemic.

Curbs will stay for another month in Manila, which accounts for 40% of national economic output, the spokesman, Harry Roque, said in a statement. Also under partial curbs are Duterte’s southern home city of Davao, and the northern city of Baguio.

The curbs limit operations of businesses and public transport.

The decision follows a report of 2,651 new virus infections, the highest daily increase in more than four months.

Despite calls to further re-open the economy, the firebrand leader has pledged to maintain curbs in the virus epicentre of Manila until mass vaccinations begin.

The Philippines will be the last regional nation to get its first shipment of vaccines, comprising 600,000 doses of Sinovac Biotech’s vaccines donated by China, to be delivered on Sunday, and earmarked for healthcare workers and troops.