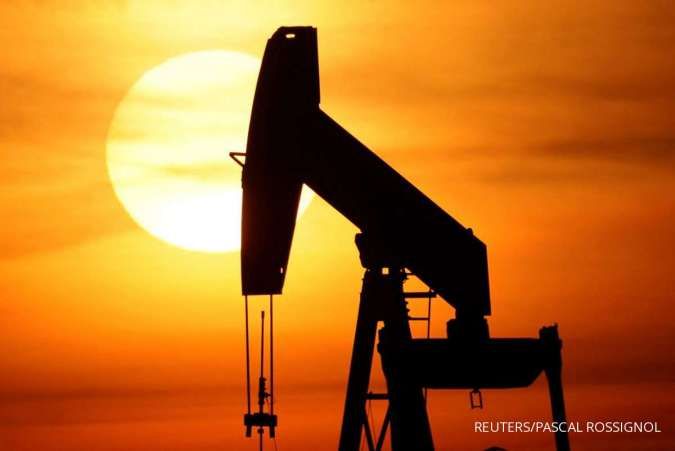 KONTAN.CO.ID - SINGAPORE. Oil prices were set to post a second straight weekly gain on Friday, spurred largely by brightening economic prospects for China which should boost fuel demand in the world's second-biggest economy.

Both closed 1% higher on Thursday, near their highest closing levels since Dec. 1.

Chinese November oil demand climbed to the highest level since February, data from the Joint Organisations Data Initiative showed on Thursday. OPEC said on Tuesday that Chinese oil demand would rebound this year due to relaxation of the country's COVID-19 curbs and drive global growth.

Oil prices were also supported by hopes that the U.S. central bank will soon end its tightening cycle.

"The two largest economies in the world are needing more crude. The oil market has been down on global recession fears, but it still is showing signs it can remain tight a little while longer," said Edward Moya, senior market analyst at OANDA.

Also extending support to prices was a weaker dollar index , which was headed for a second consecutive weekly decline. A weaker dollar makes crude, priced in the currency, cheaper for foreign buyers.

"Oil traders are potentially buying the dip now, amid optimism around China and the United States," said Tina Teng, analyst at CMC Markets.

According to most economists in a Reuters poll, the Fed will end its tightening cycle after a 25 basis point hike at each of its next two policy meetings, and then likely hold interest rates steady for at least the rest of the year.

A number of other Fed officials have expressed support for a downshift in the pace of rate rises.