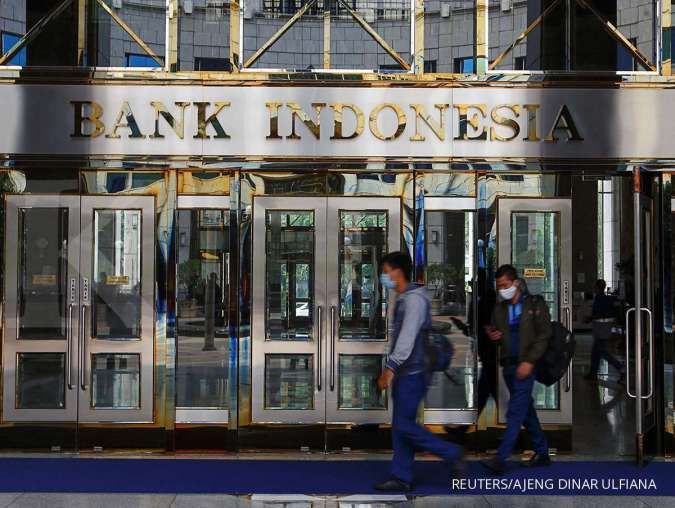 KONTAN.CO.ID - JAKARTA. Indonesia's central bank raised its key policy rate by 25 basis points (bps) on Thursday, its sixth hike since August, and signalled that its tightening cycle was ending as inflation has cooled faster than expected.

Bank Indonesia (BI) increased the 7-day reverse repurchase rate to 5.75%, as expected by the majority of economists in a Reuters poll, bringing its total rate hikes since August to 225 bps.

In a statement after the decision, the central bank said that amount of tightening should be "adequate" to bring headline consumer inflation back into its 2-4% target range in the second half of this year and ensure core inflation remains under 4%.

Asked about the prospect for further rate hikes, Governor Perry Warjiyo indicated an end to the current monetary tightening cycle.

"If there is no extraordinary information that we cannot foresee... our use of the word 'adequate' can already answer the question," he told a news conference.

Inflation in Southeast Asia's largest economy hit a 7-year high of 5.95% in September last year amid rising global food and energy prices, but the pace has since slowed to 5.51% in December.

Warjiyo said markets had expected a much higher end-year inflation rate of 6.5%.

"BI ... appeared to signal there would be no further rate increases this year. We are changing our forecast in response, and now think the tightening cycle has come to an end," said Gareth Leather, an analyst with Capital Economics, who previously expected another 25-bps hike after Thursday.

The rupiah was little changed after the rate decision on Thursday. The currency has strengthened by almost 3% this year against the U.S. dollar amid expectations that the Federal Reserve will slow the pace of its interest rate hikes.

Warjiyo said BI expected the rupiah to strengthen further as global financial uncertainty eases and major central banks near the end of their tightening.

To further support the currency, BI has been in talks with local banks on a plan for them to pass on foreign exchange deposits from exporters to the central bank, which will provide incentives so that the earnings stay longer onshore, the governor said. The instrument may be launched in mid-February, he said.

BI made no change to its domestic economic outlook, expecting GDP growth at the midpoint of 4.5% to 5.3% this year, down from the upper end of the same range in 2022.