Oil Prices Surge Around 1% on Optimism Over China's Recovery 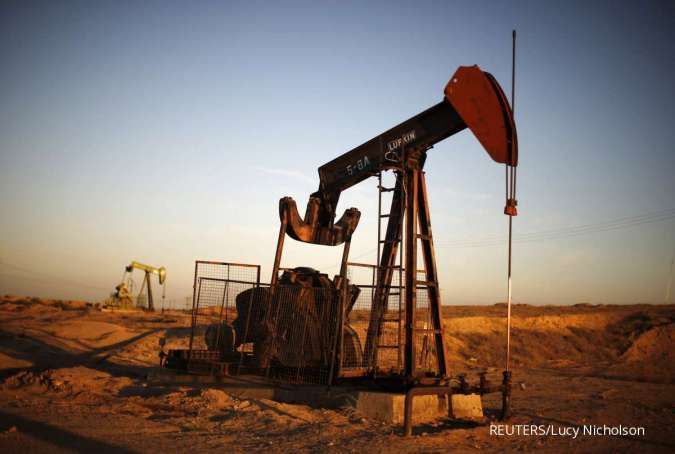 ILUSTRASI. Oil prices extended early gains to rise around 1% on Wednesday, on optimism that the lifting of China's strict COVID-19 curbs will lead to a recovery in fuel demand.

KONTAN.CO.ID - JAKARTA. Oil prices extended early gains to rise around 1% on Wednesday, on optimism that the lifting of China's strict COVID-19 curbs will lead to a recovery in fuel demand in the world's top oil importer.

Both crude futures surged by more than $1 a barrel to hit fresh 2023 highs around midday in Asia, with Brent reaching $87 a barrel and WTI futures hitting $81.42 a barrel.

China's economic growth slowed sharply to 3% in 2022, missing the official target of "around 5.5%" and marking its second-worst performance since 1976. But the data still beat analysts' forecasts after China started rolling back its zero-COVID policy in early December. Analysts polled by Reuters see 2023 growth rebounding to 4.9%.

The Organization of the Petroleum Exporting Countries (OPEC) said in a monthly report that Chinese oil demand would grow 510,000 barrels per day (bpd) this year after contracting for the first time in years in 2022 due to COVID containment measures.

"Growing hopes that China's fuel demand will pick up after a recent shift in its COVID-19 policy lent support to oil prices," said Toshitaka Tazawa, an analyst at Fujitomi Securities Co Ltd.

"OPEC's optimistic outlook on China's demand also supported the market sentiment," he said, predicting a bullish tone for this week.

The market was also supported by expectations of a drawdown in U.S. crude stocks by around 1.8 million barrels despite higher oil product inventories, according to a Reuters poll.

On the supply-side, oil output from top shale regions in the United States is due to rise by about 77,300 bpd to a record 9.38 million bpd in February, the U.S. Energy Information Administration (EIA) said in a productivity report on Tuesday.

Russia, meanwhile, expects Western sanctions to have a significant impact on its oil product exports and its production, likely leaving it with more crude oil to sell, said a senior Russian source with knowledge of the nation's outlook.

The market is also closely watching for more demand data from China in the International Energy Agency's monthly report due later on Wednesday, according to ING analysts in a client note.