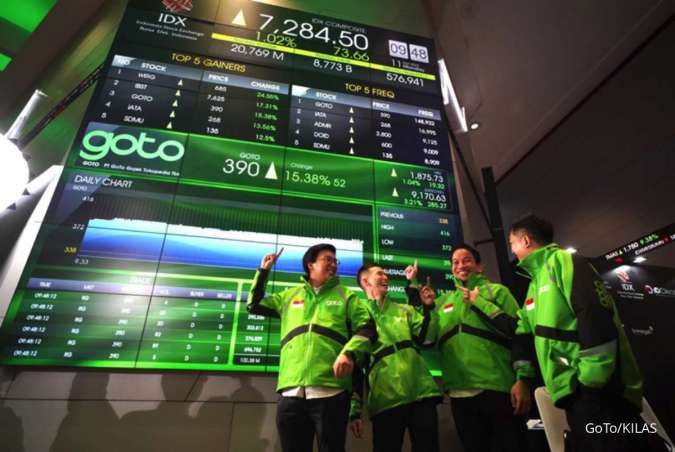 GoTo debuted on April 11 after raising $1.1 billion in an initial public offering by selling around 4% of its shares at 338 rupiah per piece.

Meanwhile the company's net loss in the first quarter of 2022 went up to 6.6 trillion rupiah from 1.96 trillion rupiah in the same period a year before, Andre Soelistyo, GoTo CEO said in a press conference.

"The increase (in losses)...was because our Q1 2021 report doesn't incorporate Tokopedia, whose merger with Gojek was only completed in May, 2021," he said.

Tokopedia is the e-commerce unit of GoTo, while Gojek is the on-demand super app of the group, according to the firm's website.

The company set a gross revenue guidance of 5.3 trillion to 5.6 trillion rupiah for its April-June period, Soelistyo said.

"There is a fairly strong business development in the first quarter of 2022 and we see the growth momentum will continue," he added.

Shares of GoTo closed at 314 rupiah per share on Monday, up 0.64%. The financial results were made public after market closing. Overall, shares have dropped 7.1% from their IPO price.