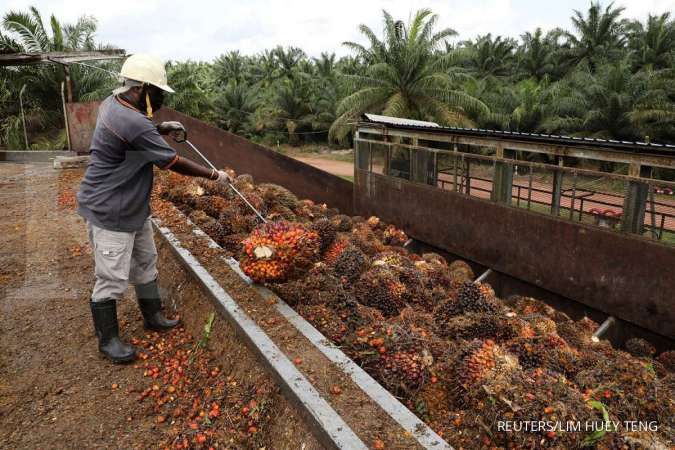 KONTAN.CO.ID - KUALA LUMPUR. Malaysia will on Wednesday receive the first group of Indonesian migrant workers since reopening its borders, with the hopes of easing a major labour shortage in palm oil plantations.

The world's second-largest palm oil producer lacks at least 1.2 million workers across its manufacturing, plantation, and construction sectors, a shortage worsening daily as economic activity bounces back from the pandemic.

The country has not seen a significant return of migrant workers despite reopening borders in April due to slow government approvals and protracted negotiations with Indonesia and Bangladesh over worker protections.

"As of today we have approved requests for 4,699 workers for plantation (sector) only," Indonesia's ambassador to Malaysia, Hermono, told Reuters.

About 40 workers for a palm oil plantation are scheduled to arrive on Wednesday, said Hermono, who like many Indonesians goes by only one name. He did not give details of when those workers are expected to arrive.

Indonesia last month barred a group of about 150 plantation workers from travelling to Malaysia because recruiters did not follow proper emigration procedures and most of the workers did not have the right visa.

The arrival of migrant workers will help ease a shortage of more than 100,000 workers in palm oil plantations, which have been forced to leave thousands of tonnes of palm fruit rotting on trees due to a lack of harvesters.

Malaysia's Ministry of Human Resources did not immediately respond to a request for comment.