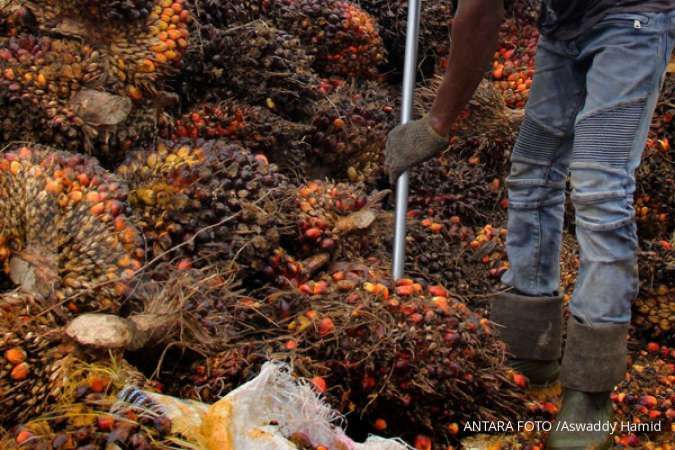 KONTAN.CO.ID - JAKARTA. Indonesian authorities have yet to decide on whether to cut their crude palm oil (CPO) export levy, three officials told Reuters on Friday, as the levies remained at their highest for five months in a row, hurting demand.

"It is still being discussed ... the export levy needs a review," Joko Supriyono, a member of the supervisory board of BPDP, the government body in charge of subsidising palm oil programmes, told Reuters.

"(We need to) consider market dynamics but also sustainably support the biodiesel program and replanting programme," he added.

Musdhalifah Machmud, deputy minister of food and agriculture, told Reuters that authorities routinely review the levy but no decisions about cutting levies have been made yet.

Abdul Rochim, director general of the industry ministry said the issue was being debated but nothing had been decided.

The levy was raised from a flat rate of $55 per tonne to a price-dependent, progressive system of $55-$255 per tonne. For June, it was set at $255 for the fifth successive month.

Analysts, traders and trade groups have warned that higher tariffs could impact demand for the versatile oil as consumers look at cheaper alternatives, while farmers say that higher levies lower prices for their fresh fruit bunches.

But Indonesia's biodiesel policy, where it is mandatory for diesel to be blended with 30% biocontent from palm, has helped the country sop up excess supply of palm and has supported prices.