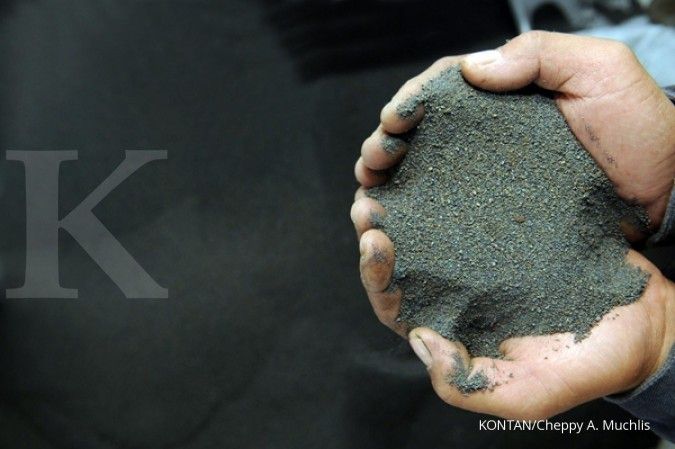 KONTAN.CO.ID - JAKARTA. Indonesia's ban on nickel ore exports could boost the country's earnings from the metal five-fold in the next five years through growth in industries such as stainless steel and battery materials, a minister said on Wednesday.

In a move that threatens to cut global supply, the world's top nickel miner said this week it would stop nickel ore exports from Jan. 1, 2020, two years earlier than initially indicated, to promote more domestic processing.

"Now (exports) may be at $7.8 billion, in 2020 they will reach $12 billion and in 2024 they may exceed $30 billion, including exports of lithium batteries," Pandjaitan said at Indonesia's first electric car show.

Indonesian authorities have expressed hopes that nickel-related industries such as the production of stainless steel and battery materials will grow to become one of the country's main industries, overshadowing current top commodity palm oil in 10 to 15 years.

Pandjaitan said the current investment pipeline showed that as much as $30 billion could be spent on nickel processing in the Morowali region to 2024.

That includes a $4 billion lithium battery project by several companies, including Contemporary Amperex Technology Co Ltd (CATL) which supplies batteries for carmakers like Volkswagen, Mercedes and Tesla, the minister said, noting this will either start at the end of the year or early 2020.

Indonesia aims to have 36 nickel smelters by 2022 with a total ore processing capacity of 81 million tonnes per year.

Southeast Asia's largest economy also aspires to become an electric vehicle (EV) hub for Asia and beyond with a target to start EV production in 2022. The government has laid out tax incentives to encourage investment in the sector.

Automotive companies like Japan's Toyota Motor Corp , which has a plan to invest $2 billion in EV production in Indonesia according to authorities, Mitsubishi Motors Corp , China's Wuling Motors Holding and Dongfeng Sokon Indonesian unit are displaying their EV prototypes in the car show.