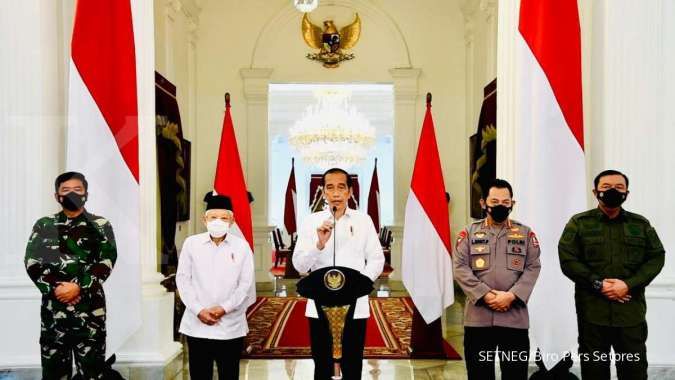 KONTAN.CO.ID - JAKARTA. Indonesian President Joko Widodo said on Thursday that authorities would build houses for the relatives of the crew of a submarine that went missing before being found in pieces on the bottom of the Bali Sea, killing all 53 inside.

The German-built KRI Nanggala-402 was discovered at a depth of nearly 840 metres (2,756 ft) on Sunday after losing contact days earlier while preparing for a torpedo drill.

"We will build houses for you... which can be located based on your wishes," the president, usually known as Jokowi, said when he met with relatives in a hangar at a naval airbase in East Java.

Jokowi said this week the government would posthumously raise the crew members' military ranks and finance the education of their children.

This week, grieving relatives gathered in different parts of Indonesia to pay their respects to the sailors who perished, and urged the authorities to raise their bodies from the depths.

The Indonesian navy has been trying to work out how to salvage the remains of the submarine.

Experts warn that it will be a daunting task to lift the submarine to the surface, requiring specialised salvage equipment.

First Admiral Julius Widjojono, a spokesman for the navy, said on Wednesday that authorities were coordinating with the state energy regulator to see whether companies had gear to lift heavy parts.

An international search and rescue effort involving aircraft and specialised naval vessels, including from Singapore, Australia and the United States, had raced to try to find the submarine in case it was still intact and before oxygen ran out.

On Sunday Indonesia's military chief Marshal Hadi Tjahjanto confirmed the Nanggala had sunk and all of its crew had died.