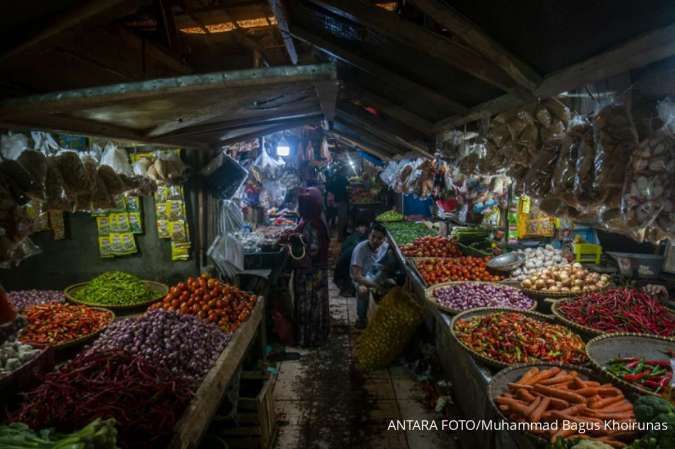 ILUSTRASI. Indonesia's inflation rate in September accelerated to its highest since October 2015 due to higher transportation costs.

The headline annual inflation rate rose to 5.95% in September, up from 4.69% in August, but came in slightly lower than a 6.00% rate expected in a Reuters poll.

The annual core inflation rate, which excludes government-controlled prices and volatile food prices, picked up pace in September to 3.21%, compared with 3.04% in August and 3.60% forecast by analysts.

He warned that inflation could heat up further in October as a number of regions have not yet increased their transportation fares.

Indonesia raised subsidised fuel prices by about 30% in early September as the government moved to rein in ballooning subsidy bills.

Bank Indonesia (BI) in its September meeting hiked policy interest rates by 50 basis points in an effort to control inflation, which it expects will peak at slightly above 6% and core inflation at 4.6% by the year-end, compared to its target range of 2% to 4%.

Bank Danamon economist Irman Faiz said his bank has revised up its inflation outlook for end-2022 to 6.5% from previously 4.5%.

"On the policy front, we expect BI still has 100 bps of space to hike policy rate from the current level this year, as monetary policymakers have vowed to tame inflation down to their target range by 2H23," he said.