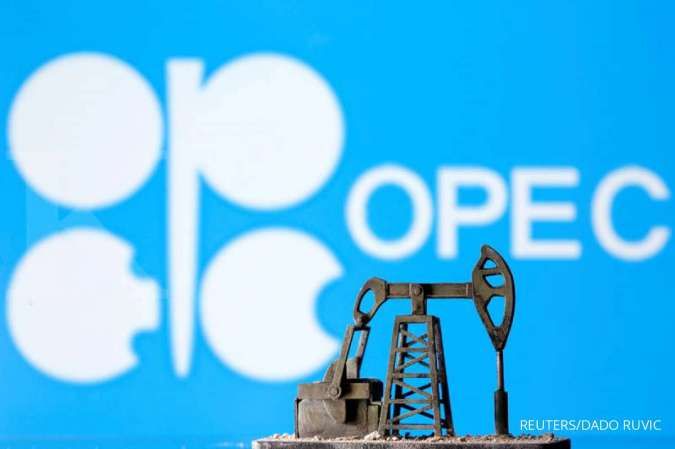 KONTAN.CO.ID - SINGAPORE. Oil prices jumped more than 3% in early Asian trade on Monday, as OPEC+ considers cutting output by more than 1 million barrels a day for its biggest reduction since the pandemic, in a bid to support the market.

To support prices, the Organization of the Petroleum Exporting Countries and their allies, a group known as OPEC+, is considering an output cut of more than 1 million bpd ahead of Wednesday's meeting, OPEC+ sources told Reuters.

If agreed, this will be the group's second consecutive monthly cut after reducing output by 100,000 bpd last month.

However, OPEC+ missed its production targets by nearly 3 million bpd in July, two sources from the producer group said, as sanctions on some members and low investment by others stymied its ability to raise output.

"Anything less than 500,000 barrels a day would be shrugged off by the market. Therefore, we see a significant chance of a cut as large as 1 million barrels a day," ANZ analysts said in a note.

While prompt Brent prices could strengthen further in the immediate short term, concerns over a global recession are likely to limit the upside, consultancy FGE said.

"If OPEC+ does decide to cut output in the near term, the resultant increase in OPEC+ spare capacity will likely put more downward pressure on long-dated prices," it said in a note on Friday.

Also on Friday, China issued its biggest quota for exports of oil products this year and topped up crude import quotas for independent refiners.

State and private refiners can export as much as 15 million tonnes of gasoline, diesel, jet fuel and low-sulphur fuel oil, adding much needed supplies into global markets to replace Russian exports the European Union embargoed in February.

However, analysts and traders said some of China's exports were likely to spill over into early 2023 as refiners will need time to ramp up.