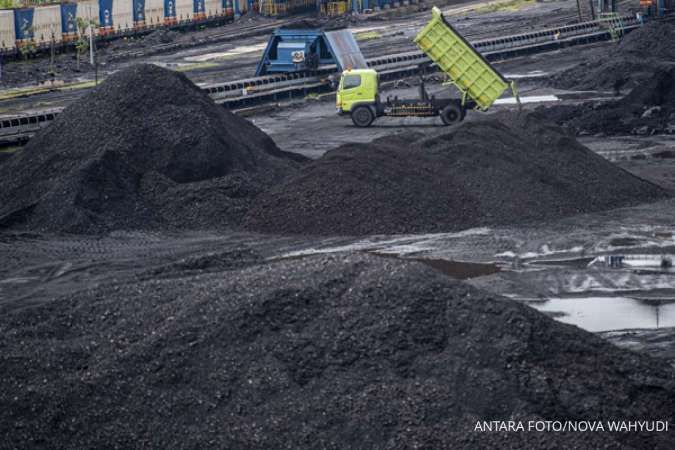 KONTAN.CO.ID - ​JAKARTA. Indonesia's government is hoping to reach a decision on resuming coal shipments "in the coming days", its energy minister said on Monday, as pressure mounts on the world's biggest thermal coal exporter to end a ban imposed 10 days ago.

"In the past week we have done stocktaking and we hope in coming days there will be more clarity so we can have coal security and resume exports," energy minister Arifin Tasrif said in a meeting with Japan's industry minister, Koichi Hagiuda, which was broadcast virtually.

The Philippines on Monday joined Japan and South Korea in calling for an easing of Indonesia's exports ban.

Although senior government officials said the coal supply emergency was over at state utility PLN, the government has said it still needs to deliberate on other issues before it can decide on lifting the export ban.

"From ICMA, we are ready to supply coal for the amount that PLN wants. The issue now is about shipment, but there should be a solution for this soon," Pandu told Reuters.

He said PLN is estimated to have 10 days of coal supply. The power company has said it had secured 13.9 million tonnes of coal but wants 20 million tonnes to reach a 20-day inventory level for its power plants.

A PLN spokesperson did not immediately respond to a request for details on the firm's latest supply situation.

Meanwhile, shipping companies were "working to reach the best solution to fulfill PLN's coal demand," said Carmelita Hartoto, chairperson of Indonesia Shipowners Association, who has been involved in the coal talks.