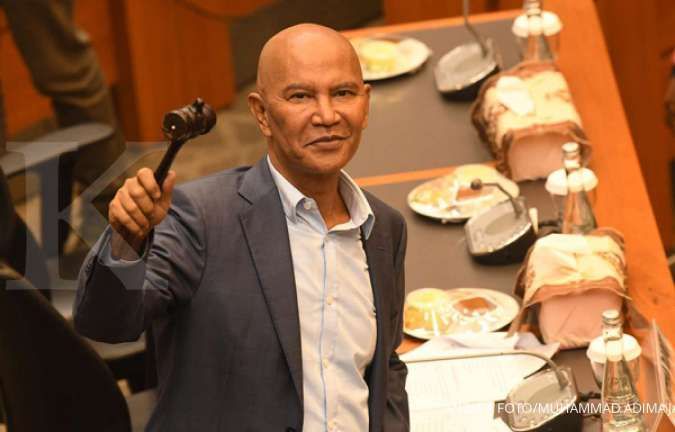 ILUSTRASI. The Chair of the House's Budget Committee, Said Abdullah

KONTAN.CO.ID - JAKARTA. The Indonesian parliament's budget committee and the government have agreed to set a 2022 economic growth target of 5.2%, roughly the midpoint of President Joko Widodo's proposal for 5.0%-5.5%, the committee's chair Said Abdullah said on Tuesday.

The committee and the government also tentatively agreed to raise the 2022 spending plans to 2,714.2 trillion rupiah ($190.31 billion). That is up slightly from the president's proposal in August of 2,708.7 trillion rupiah, assuming a similar increase in revenues.

The budget deficit target remains set at 4.85% of GDP. A wider parliamentary vote is needed for the 2022 budget, likely later this month or in October, but the committee's endorsement is usually passed.