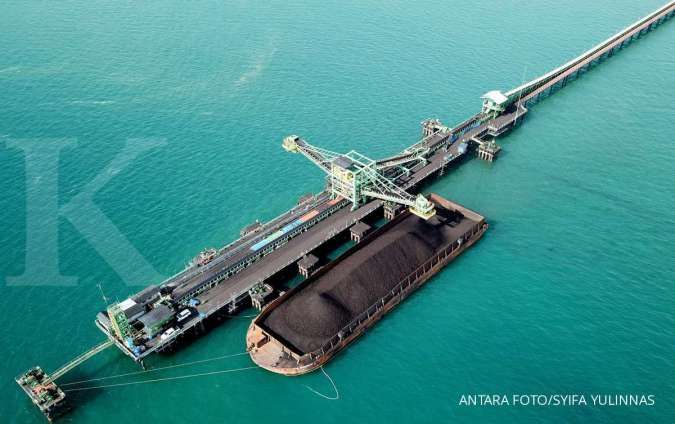 KONTAN.CO.ID - ​JAKARTA. Indonesia allowed 37 vessels loaded with coal to depart on Thursday in the strongest sign yet that the world's biggest thermal coal exporter is relaxing its ban on shipments.

A senior cabinet minister said in a statement the ban implemented on Jan. 1 had been eased for miners that have met a requirement to sell a portion of their output for local power generation, after the state utility procured enough coal to ensure 15 days of operation.

"I request that this is supervised closely so this also becomes a moment for us to improve domestic governance," Coordinating Minister of Maritime and Investment Affairs Luhut Pandjaitan said in the statement on Thursday.

The 37 vessels included 14 ships whose clearance was announced earlier in the week.

Indonesian authorities blamed its coal supply crisis on miners failing to meet a Domestic Market Obligation (DMO), which requires them to sell 25% of output to local buyers with a price cap at $70 per tonne for power plants.

The government has been lobbied by coal miners and some of its biggest buyers to ease the export ban.

There were about 120 vessels either loading or waiting to load off Indonesian's coal ports in Kalimantan on the island of Borneo on Wednesday, according to Refinitiv Eikon data.

"We recognise that allowing loaded ships to depart is a small step in easing and progress needs to be made towards lifting the export ban," research group CreditSights said.

"Indonesia's government will monitor DMO compliance every month, which we think will help to avoid the abrupt imposition of coal export bans in the future," it said in a note.