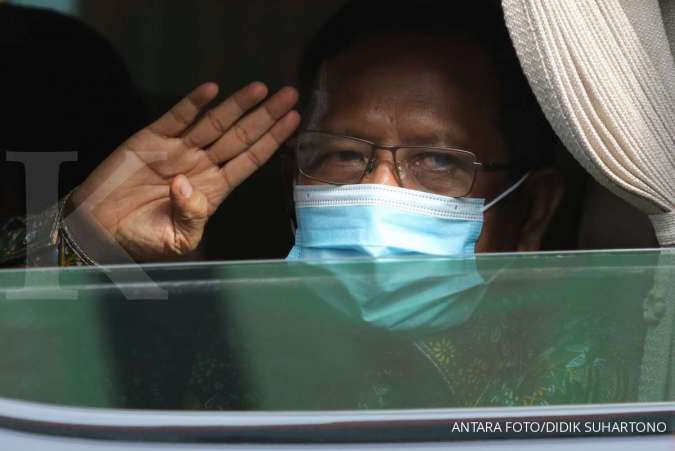 KONTAN.CO.ID - JAKARTA. Indonesia has formed a task force that includes law enforcement officials to go after nearly $8 billion of unrepaid state funds handed out to bank owners during the Asian financial crisis in the late 1990s, ministers said on Friday.

The government provided billions of dollars of financial support to troubled banks during the crisis to keep them afloat as Southeast Asia's largest economy slumped amid riots that helped topple late strongman president Suharto.

Much of the support, which came in the form of a liquidity facility from the central bank, has never been repaid, Coordinating Minister for Political, Legal, and Security Affairs Mahfud MD told a news conference.

The task force, established after President Joko Widodo issued a decree to retrieve an estimated 110.45 trillion rupiah ($7.72 billion) of funds, includes officials from several ministries, the police and state prosecutors.

"We will go after all of that and we hope that all obligors and debtors will be cooperative," Mahfud said.

"They can't hide because...everyone has the list (of debtors)," he added, urging anyone who owed money to come forward and settle the issue.

The task force can also target properties or other assets backing loans.

Mahfud, a former constitutional court justice, also warned that while no criminal case is being pursued against debtors, authorities could launch one if people did not comply. He also said they had the capacity to pursue assets and people overseas.

"Our hope is within three years, we can recoup most or all of them (the funds)," she said.

The ministers only named Sjamsul Nursalim, who owned the now defunct Bank Dagang Negara Indonesia, as among those receiving state funds, though media reports have cited dozens of others.

Earlier this year, the graft agency dropped a case against Nursalim over funds given to his bank, citing a court decision.

"Our client is ready to work with the government to solve the problem of bank obligations," Maqdir Ismail, Nursalim's lawyer, said in a text message.