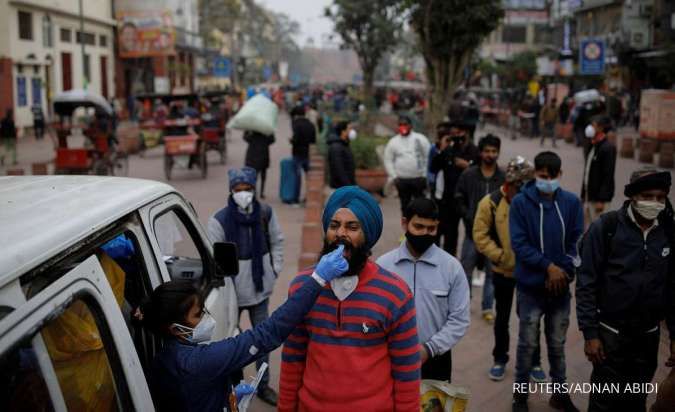 ILUSTRASI. India said on Wednesday that Biological E's COVID-19 vaccine Corbevax can be administered as a booster dose. REUTERS/Adnan Abidi

KONTAN.CO.ID - NEW DELHI. India said on Wednesday that Biological E's COVID-19 vaccine Corbevax can be administered as a booster dose in people who have taken the country's other two main shots, Covaxin and AstraZeneca's Covishield, from Friday.

Corbevax will be available to over 18s as precautionary booster six months after a second dose, the health ministry said in an Aug. 8 letter to state authorities and shared with reporters on Wednesday.

Covishield is produced for the Indian market by the Serum Institute of India under licence from AstraZeneca, while Bharat Biotech makes Covaxin.

India has so far administered more than 2 billion COVID vaccine shots, including 113 million boosters, all of which have so far been of the same vaccine as the recipient's first two doses. The government says about 89% of Indians above the age of 12 have had two doses.

The country of nearly 1.4 billion people has documented more than 44 million coronavirus infections and 526,826 related deaths. The actual numbers are believed to be many times higher.