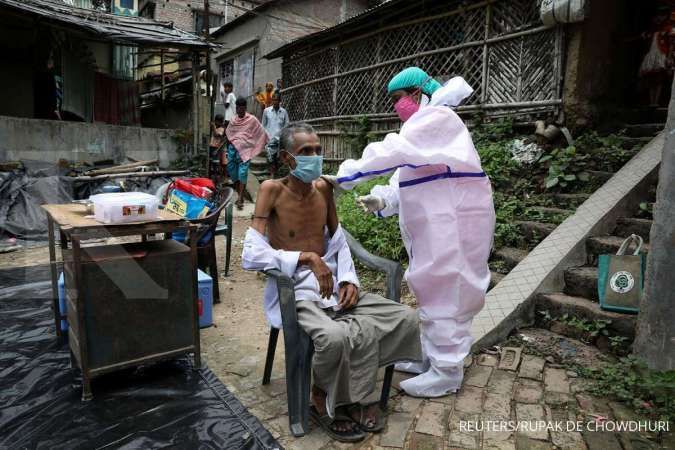 The federal government aims to inoculate all of the country's estimated 944 million adults by December, a target health experts have said is ambitious, as only 8% of that number is currently vaccinated with the mandatory two doses.

Several states have reported vaccine shortages, with many inoculation centres shut and people having to wait for long hours at others for their shot.

The health ministry did not immediately respond to a Reuters request for comment.

The Serum Institute of India, which manufactures Covishield, has raised monthly production to about 100 million doses.

The government says Bharat Biotech's monthly output will jump to as much as 70 million doses in July/August, from about 10 million doses in April. Production could rise further to nearly 100 million by September, it says.

Bharat Biotech, which has been struggling to raise output of its vaccine, did not respond to a request for an update on its production plans.

"I expect the vaccine shortage to continue and as per the planned vaccine supply, it appears that the daily average for the whole of July will stay below 4 million," said Rijo John, health economist and a professor at the Rajagiri College of Social Sciences in the southern city of Kochi.

After a record 9.1 million doses were administered on June 21, fewer than 4 million doses per day have since been given on an average this month.

A full rollout of Russia's Sputnik V vaccine in India has also been delayed due to a lack of imported supplies. Commercial production of the vaccine in India, however, could begin soon.