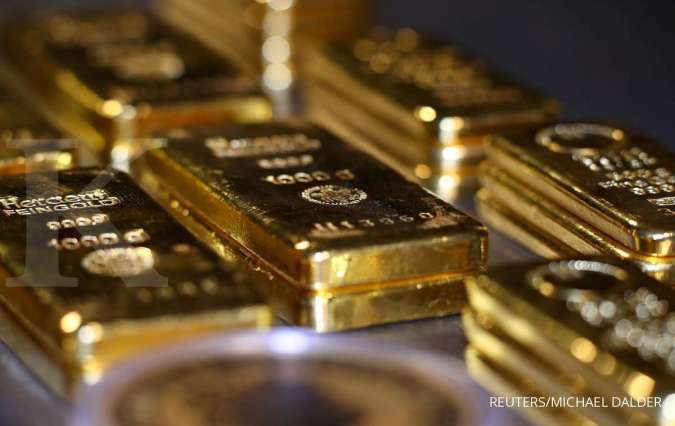 Spot gold was down 0.2% at $1,810.62 per ounce by 1233 GMT, erasing small gains from earlier in the session that seemed to have been driven by limited safe-haven inflows amid growth risks tied to soaring inflation.

Gold's small uptick soon lost steam because higher U.S. interest rates discourage investment in gold, which does not bear any interest despite being considered a hedge against soaring prices.

"The Fed has been key to the dollar strengthening and gold tumbling. And there's no letting up on their hawkish position," said Craig Erlam, senior market analyst at OANDA.

There's not much appetite for gold, and higher yields could continue to weigh on the metal, Erlam added.

Gold settled lower on Tuesday after Powell said the U.S. central bank would push interest rates as high as needed to kill a surge in inflation.

Also hurting bullion's appeal among overseas buyers, the dollar index edged up 0.1%, one day after posting its biggest single-day drop in more than two months.

Gold is losing appeal as the Fed's commitment to control inflation through tighter monetary policies is creating a dynamic that has pushed yields on the 10-year Treasury note to levels close to 3%, Ricardo Evangelista, a senior analyst at ActivTrades, said in a note.