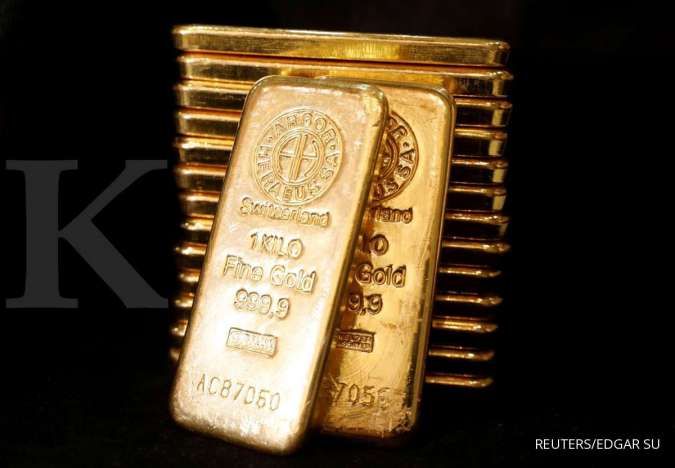 ILUSTRASI. Gold prices stabilised after a sharp retreat on Thursday.

KONTAN.CO.ID - JAKARTA. Gold prices stabilised after a sharp retreat on Thursday, taking a firmer dollar in its stride as investors looked forward to the U.S. Federal Reserve's stance on tapering of its economic support at its Jackson Hole symposium.

Bullion slipped as much as 1.2% and below the key $1,800 mark on Wednesday as a stronger dollar dented its appeal.

"The probability most people are looking at is that the Fed signals a stronger economy and some tapering in the next year or two years, and that's hanging over the gold market," said Jeffrey Christian, managing partner at CPM Group.

Christian partly attributed gold's gains to political tensions in Afghanistan after the U.S. Pentagon Press Secretary said an explosion at the Kabul airport was part of a complex attack resulting in casualties.

Gold's modest gains came despite Bullard's comments adding to the dollar's strength and pushing benchmark Treasury yields up. Higher yields increase the opportunity cost of bullion, which pays no interest.

"While gold is going to struggle in an environment where stimulus is eventually removed from the table, interest rates are still going to be hard to come by as economic uncertainties will likely persist and that should still see some strong demand for bullion," said Edward Moya, senior market analyst at OANDA.