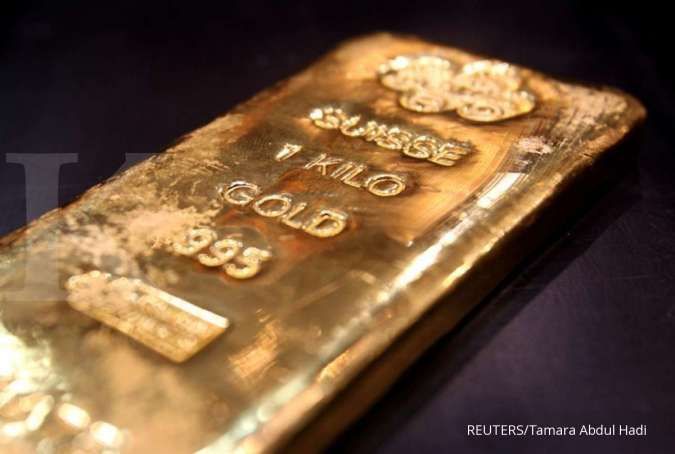 KONTAN.CO.ID - LONDON. Gold fell on Thursday, dragging other precious metals along, as the dollar scaled a fresh two-decade on renewed expectations the Federal Reserve would stick to its aggressive rate-hike roadmap.

"Gold again has failed to garner momentum to the upside, despite pretty epic issues in the global economy, like multi-decade high inflation... What seems to be weighing on gold though in particular is the dollar," independent analyst Ross Norman said.

"It appear that while looking at the ETF(Exchange Traded Fund) flows, the U.S. institutional investors are scaling back positions on gold."

Gold is highly sensitive to rising U.S. interest rates and higher yields, which increase the opportunity cost of holding non-yielding bullion and also boosts the dollar.

Any strength in gold resulting from its role as safe haven and inflation hedge is likely to "remain capped by the rampant US dollar," ActivTrades senior analyst Ricardo Evangelista wrote in a note.

Declines in gold were, however, capped by a slide in the benchmark 10-year Treasury yields , which hit the lowest level in two weeks.

"Silver is falling faster than gold, that's a bearish sign for the whole complex. With the ongoing lockdowns in China, industrial metals are struggling and US institutional investor who's bailing out a gold ETF by extension bails out of silver as well," Norman added.