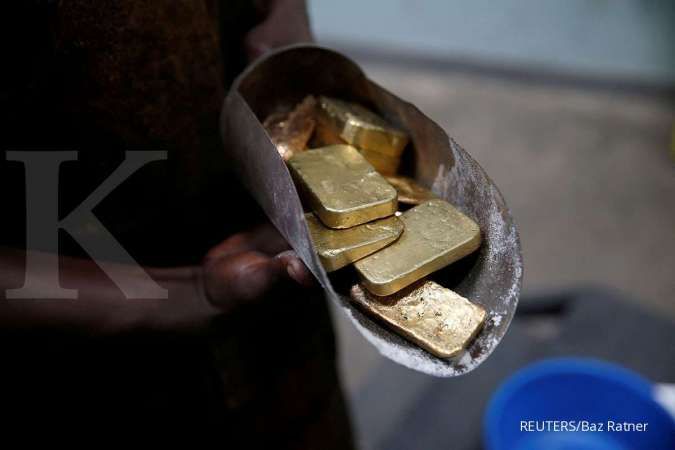 "Dollar is falling and yields are significantly lower and this is good news for gold," said Edward Moya, senior analyst with OANDA.

Making bullion cheaper for overseas buyers, the dollar slid 1%, while U.S. yields dropped to a three-week low. Although the number of Americans on jobless rolls are at its lowest since 1969 in early May, weekly jobless claims unexpectedly rose last week.

"Gold is attracting safe-haven flows as the focus has shifted to the weakness in the U.S. with jobless claims rising and all the negative talk about inflation. There is good amount of pessimism with regards to global stocks," Moya added.

However, the metal has had to battle with the dollar as a safe-haven of late given the U.S. Federal Reserve's aggressive policy stance to fight the surging prices. Non-yielding bullion tends to fall out of favour when interest rates rise.

The recent retreat in gold prices has helped its appeal among investors as they continue to seek safety from riskier assets and hedge against inflation, Fawad Razaqzada, market analyst at City Index, wrote in a note.