Gold heads for worst week in 9 months after Fed blow 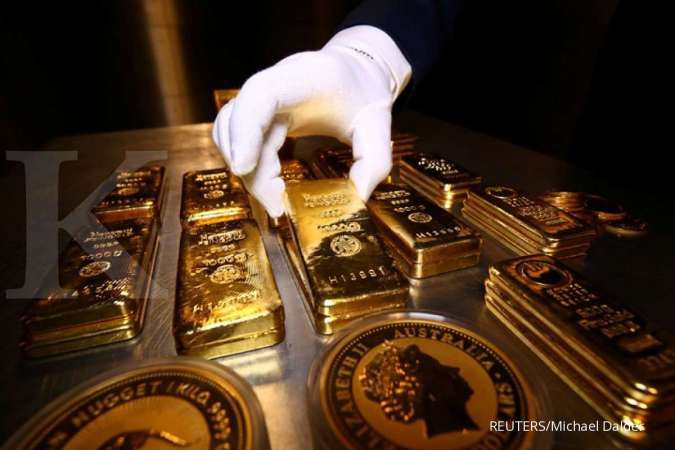 ILUSTRASI. Gold struggled for direction in choppy trading on Friday en route to its worst week in nine months.

KONTAN.CO.ID - JAKARTA. Gold struggled for direction in choppy trading on Friday en route to its worst week in nine months as the dollar resumed its rally while investors took stock of the U.S. Federal Reserve's hawkish outlook.

Palladium was poised for its biggest weekly fall since March 2020, while silver was down 6.9% for the week.

The Fed on Wednesday said it would consider whether to taper its asset purchase programme in every subsequent meeting and brought forward projections for interest rate hikes into 2023.

It remains to be seen "how much Fed talk we're going to get on potentially reducing asset purchases and raising interest rates at some point down the road, if these forecasts ring true" Meger added.

The dollar index was headed for its best week in nearly nine months, denting gold's allure for other currency holders.

But some analysts, including from Goldman Sachs and Commerzbank said gold could be set for a recovery.

"In a now familiar pattern, the recent gold move has outpaced both the move in the dollar and in real rates, indicating it is due for an upward price reversal in coming weeks," Goldman Sachs said in a note.