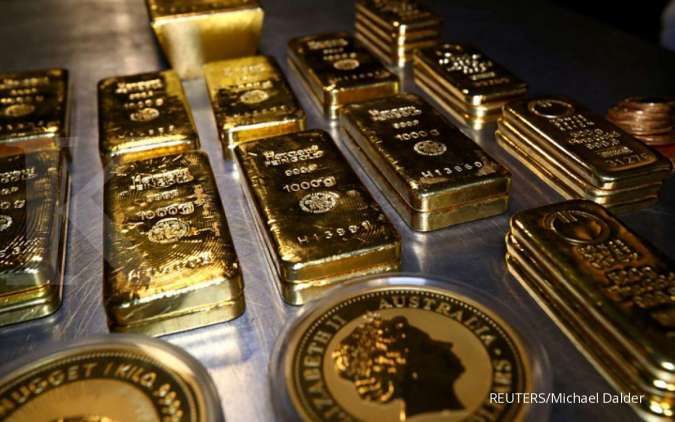 KONTAN.CO.ID - LONDON. Gold prices gained on Tuesday, as the dollar paused after it rallied to a two-decade high, while investors shifted their attention to U.S. inflation data for cues on the U.S. Federal Reserve's monetary policy strategy.

The Fed's aim of bringing inflation down without derailing the economy is challenging but doable amid heightened uncertainty caused by the war in Ukraine and COVID-19 pandemic, New York Fed President John Williams said.

"Williams' comments have sown some doubts about how hawkish the Fed is going to be... His comments reflect a little pull back from the hawkishness (with regards to) the rate hikes moving forward," Haberkron added.

Gold is considered a hedge against inflation and economic uncertainties. However, it is highly sensitive to rising U.S. interest rates, which raise the opportunity cost of holding non-interest bearing bullion.

Investors now await the U.S. consumer price index (CPI) data due on Wednesday, for any impact it could have on the Fed's rate hike plans.

Wall Street's main indexes were set to open higher after a three-day selloff on concerns over aggressive monetary tightening and slowing economic.