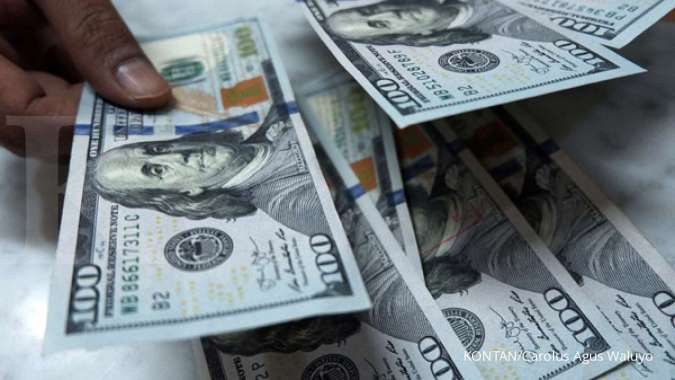 ILUSTRASI. The greenback was softer against riskier currencies

KONTAN.CO.ID - TOKYO. The dollar was softer against riskier currencies on Tuesday on rising optimism that U.S. lawmakers could agree on new stimulus to blunt the economic impact of the coronavirus.

"As for Trump's discharge, the impact is not clear-cut but it is seen as positive for risk environment to the extent that there are less worries about the White House getting caught in complete chaos and unable to make decisions," he said.

The dollar advanced on the safe-haven yen to 105.77 yen , near its highest levels in three weeks. The dollar's index against a basket of six major currencies dropped to 93.422, touching its lowest level in two weeks.

U.S. House Speaker Nancy Pelosi and Treasury Secretary Steven Mnuchin spoke by phone for about an hour on Monday on coronavirus economic relief and were preparing to talk again Tuesday, continuing their recent flurry of activity working towards a deal on legislation.

White House Chief of Staff Mark Meadows said there is still potential for an agreement among lawmakers in Washington on more economic relief, and that Trump is committed to getting the deal done.

However, the renewed efforts in Congress to reach an agreement on relief funds for the pandemic-hit economy has been complicated by the spread of the coronavirus among key policy makers including Trump.

The president returned to the White House on Monday after a three-night hospital stay for Covid-19 treatment though White House physician warned he may not be out of the woods yet.

Among the currencies that are not included in the dollar index, the offshore Chinese yuan extended gains to reach 6.7208 per dollar, its highest level since April last year.

Some markets are expecting a cut in its benchmark interest rates to 0.10% from the current 0.25%.

Currency traders are also focussed on the government's annual budget with Canberra widely expected to keep the fiscal tap open for years to come.