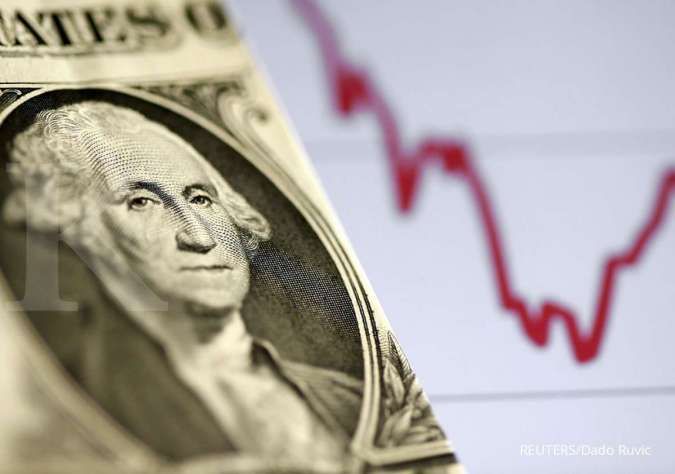 KONTAN.CO.ID - LONDON. The greenback steadied on Friday but was set for its biggest weekly drop in three weeks as caution over growing coronavirus infections cast doubt over the U.S. economic outlook while a bounce in stocks pushed the kiwi dollar higher.

Though an easing in European lockdown rules bodes well for sentiment in the region, headlines from other major economies weighed on sentiment.

The governor of Texas temporarily halted the state's reopening on Thursday as Covid-19 infections and hospitalizations surged. Texas, at the forefront of efforts to reopen devastated economies shut down by the pandemic, has seen one of the biggest jumps in new cases.

With markets undecided between hopes of a quick economic recovery and fears of a second wave of infections, investors focused on the dovish minutes by the European Central Bank this week to keep its stimulus policies in place for a while.

The euro zone is "probably past" the worst of the economic crisis caused by the coronavirus pandemic, European Central Bank President Christine Lagarde said on Friday, while urging authorities to prepare for a possible second wave.

The euro edged 0.1% higher versus the dollar and was set for its biggest rise in three weeks. Against its other European rivals such as the Norwegian crown and the Swedish currency it rose as much as 0.2% each.

"Stock prices remained supported but I doubt they could retain the current high valuations when more earnings results will come in next month," said Tatsuya Chiba, manager of forex at Mitsubishi Trust Bank.

"At this point, risk currencies could slip again versus the yen."